The Patriots started their regular season facing the Pittsburgh Steelers on Thursday, Sept. 10 at Gillette Stadium in Foxborough, MA. The defending Super Bowl champions showed fans that despite the Deflategate allegations, the team was still able to come together and defeat the highly ranked Steelers 28-21. Quarterback Tom Brady threw three touchdowns to tight end Rob Gronkowski and one touchdown to second-string tight end Scott Chandler. Both teams started slowly in the first quarter, but the Patriots gained momentum after Tom Brady got his first touchdown of the year on a 16-yard pass to Gronkowski. The Steelers did not give up easily, scoring a field goal in the second quarter to counter the Patriots’ two touchdowns, one touchdown in the third quarter and finally one touchdown and one field goal in the fourth quarter.

The Patriots were able to maintain their momentum from the Super Bowl and go into the 2015 season ranked first in the NFL. Thursday’s game showed that Deflategate did not cause the Patriots to lose hope or motivation for success this season. The Patriots will play the Buffalo Bills on Sunday at 1:00 p.m. at Ralph Wilson Stadium in Orchard Park, NY. 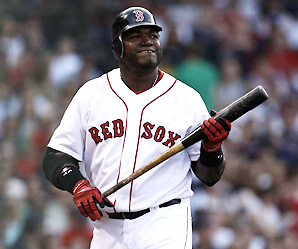 The Red Sox clinched the series against the Tampa Bay Rays on Sunday, defeated the Rays 2-0. The Red Sox won two out of the three games at Tampa Bay this weekend, which keeps the Red Sox’s comeback going strong despite the team’s struggles at the beginning of the season. More notably, David “Big Papi” Ortiz scored his 500th career home run on Saturday, making him join the ranks of baseball greats such as Babe Ruth, Hank Aaron and Ted Williams who hit more than 500 career home runs. After beating Tampa Bay twice this weekend, the Red Sox are currently ranked fifth in the American League East Conference, and 11th in the American League. On Monday, the Red Sox played the Baltimore Orioles in the first game of the series at Oriole Park in downtown Baltimore, where they lost 2-0. Though this was a low-scoring game, it showed that the Red Sox need to increase the strength of their infield, who allowed the first Baltimore run in the first inning because of mishandling a RBI ground ball.  Even if the Red Sox win the next two games against the Orioles and even the next series against the Toronto Blue Jays, their struggles early in the season were too significant to balance out, despite a strong showing late in the season. The Red Sox will play the Orioles again on Tuesday and Wednesday, Sept. 15 and 16, at Oriole Park at 7 p.m. 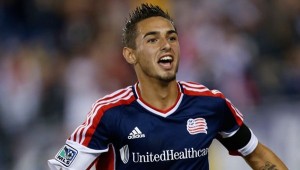 The Revolution faced Toronto FC on Sunday at BMO Field in Toronto. The Revolution defeated Toronto 3-1, increasing their winning streak to five consecutive games. The game started off slowly for Toronto early in the game when Toronto defender Damien Perquis scored on his own goal in the fourth minute. Toronto never regained their momentum, even after scoring their first and only goal in the 55th minute. The Revolution kept their lead throughout the game due to goals from forward Diego Fagundez and midfielder Kelyn Rowe in the 39th and 71st minute, respectively. The Revolution are currently ranked fourth in the Eastern Conference behind Columbus Crew SC, DC United, and the New York Red Bulls.

The Revolution will face the New York Red Bulls on Wednesday, Sept. 16 at 7:30 p.m. at Gillette Stadium.