Professor Charlene Galarneau brings a whole new meaning to the word interdisciplinary. Broadly labeled as public health research, her work calls on her expertise and her degrees in social ethics, religion, health policy and community health.

Galarneau is currently a professor in the Women’s and Gender Studies department and is the co-director of the Health and Society minor. The minor includes classes from diverse departments such as sociology, politics, the physical education program and economics. Classes she teaches range from feminist bioethics to gender justice and global health.

After finishing her own undergraduate studies at the University of Massachusetts, Professor Galarneau worked in public health as a health educator and administrator for migrant health centers and state-wide primary care associations in Colorado.

“It was in the context of these experiences that I became interested in ethics and health policy, and off to graduate studies I went,” Galarneau explained.

Professor Galarneau came to Wellesley College in 2005, before which she taught in the Community Health Program at Tufts University with a secondary appointment at Tufts Medical School.

“Ending up at Wellesley was a rather fortuitous blend of timing and interests on both the College’s and my part,” Galarneau said. 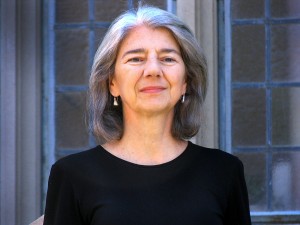 Currently, Professor Galarneau is researching religious exemptions in the Affordable Care Act, the consequences of health care reform on immigrants, institutional discrimination in the U.S. blood donation policies and reproductive justice. The last subject is not only a research subject but also a subject in which she teaches a class called (Im)Morality on Stage: Repro-Eugenics in the Twentieth-Century United States.

“I’ve also just finished a book on communities in theories of health care justice and in US health policy; it aims to broaden recognition of the moral importance of multiple and different communities to just health care,” Galarneau added.

As co-director of the Health and Society minor, which teaches students about the social, cultural, political, ethical, environmental and economic dimensions of health, Galarneau has also spent significant time over the past few years strengthening the minor and   increasing its scope by  adding classes and  working with organizations on campus such as Wellesley for Public Health.

“Current projects include building cross-college faculty relations, maintaining and/or growing the number and range of health related courses offered across the College and serious consideration of the role experiential learning in the minor,” Galarneau said.

The sense of intellectually rigorous interdisciplinary inquiry required for the minor is what drew Galarneau to Wellesley ten years ago.

“The day before my Wellesley job interview just happened to be the day of a Ruhlman Conference. Having never set foot on campus at that point, I spent the day shuttling between classrooms and listening to student research – I was hooked!” Galarneau concluded, revealing her insatiable academic curiosity.

Professor Galarneau’s ability to cross traditional disciplinary boundaries and engage a diverse set of students, from humanities majors focusing on social justice to pre-medical students interested in social aspects of medicine, is a reflection of the increasingly interdisciplinary nature of the Women and Gender Studies program and of Wellesley’s curriculum in general.