Telluride Film Festival might not have the recognition of Cannes or Sundance, but walking around the remote, picturesque Colorado town, transformed into a cinephile’s paradise every year over Labor Day weekend, you will quickly realize that no one there is bothered by that in the slightest. The festival has little to offer in the way of glamor, and that is exactly the point. There are no paparazzi and limited press. Everything is about movies and the people who love them— including many stars, decked out in jeans and t-shirts instead of red carpet wear.

After a summer that has been generally regarded as especially disappointing for movie-goers, with unnecessary sequels (“Alice Through the Looking Glass,” “Independence Day: Resurgence”), unwanted remakes (“Ben-Hur”), lackluster adaptations (“The BFG,” “Warcraft”), and a generally depressing number of critical and commercial disappointments, the start of the fall film festival season was looked to with perhaps a little more nervous anticipation than usual. Thankfully, Telluride proved once more to be a cinematic oasis.

The biggest name going into the festival was probably the Clint Eastwood-directed “Sully,” which premiered at Telluride a week before hitting theaters. “Sully” is a biopic starring Tom Hanks as US Airways pilot Chelsey Sullenburger, who is known for his miraculously successful emergency landing of a commercial airliner on the Hudson River back in 2009. Though it was well (if not overly enthusiastically) received, especially in regards to acting, it was not the film that left everyone talking once all was said and done. 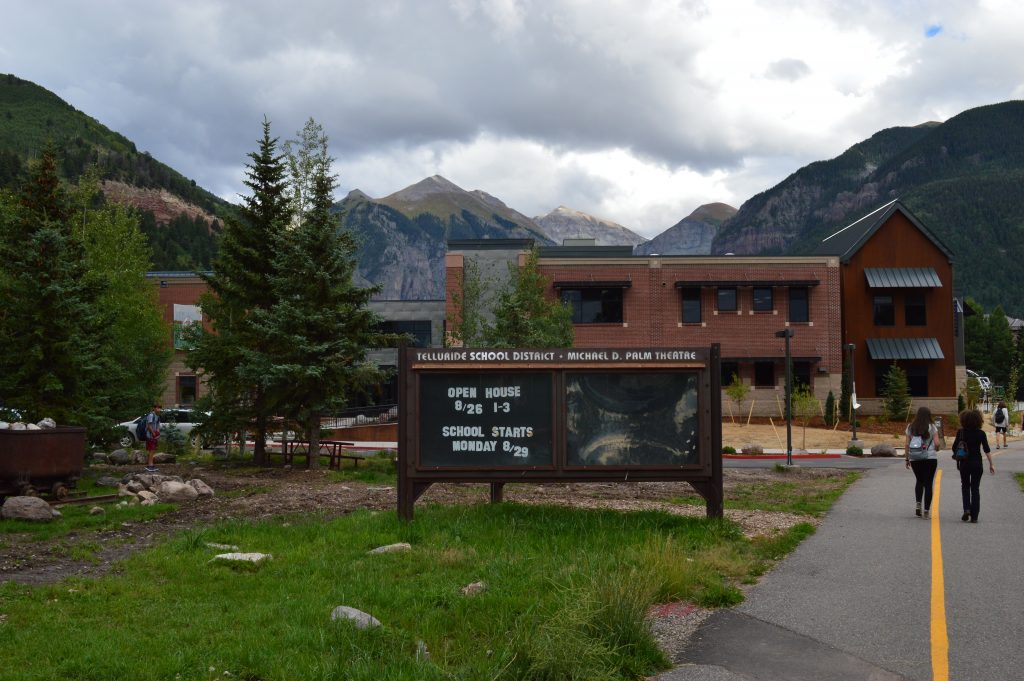 There were plenty of deserving options.

When Kenneth Lonergan’s tragic “Manchester By The Sea” premiered at Sundance Film Festival earlier this year, it did so in the shadow of Nate Parker’s “Birth of a Nation.” Now, as the fall film festival season begins, “Manchester By The Sea” and its star, Casey Affleck — one of three people awarded Telluride Film Festival Silver Medallions this year — is starting to get quite a bit of attention.

Another film that was very well received was Denis Villeneuve’s sci-fi “Arrival,” which centers around a linguist (played by Amy Adams, another Silver Medallion recipient) attempting to communicate with extraterrestrial visitors instead of shooting them out of the sky in traditional Hollywood fashion. While it does have a number of merits, including Adams’s performance, “Arrival” falls into one of the traps that so often catches “serious” science fiction: it almost comically disregards the science it is trying to celebrate. This unfortunate irony is best encapsulated by Jeremy Renner’s ‘physicist,’ who is introduced as a grumpy foil to Adams’ character, but  quickly shows his true colors as an affable puppydog and ultimately demonstrates about as much knowledge of physics as any other character Renner has ever played, including Hawkeye.

Looking outside the US, a handful of international titles also left an impression, many of which were holdovers from Cannes. Prolific Chilean director Pablo Larrain screened “Neruda,” his “anti-biopic” about the iconic poet, a surreal look into the mind of the myth and the artist as opposed to a far more traditional tale of the man’s life. Larrain received the third Silver Medallion and treated audiences to a sneak peek of his second film travelling the festival circuit this year, “Jackie,” Larrain’s first English language film. A slightly more traditional biopic, “Jackie” stars Natalie Portman as famous first lady Jackie Kennedy directly following the assassination of her husband, John F. Kennedy. Meanwhile, father-daughter dramas set in Romania proved somewhat of a delightful trend at Telluride, between the acclaimed Romanian filmmaker Christian Mungiu’s latest, “Graduation” and German writer-director Maren Ade’s intimidatingly long (162 minutes) but ultimately hysterically funny comedy- drama “Toni Erdmann.” French/German romantic WWI melodrama “Frantz” also drew its fair share of admirers.

There were also, of course, the older films that are a staple of Telluride. In addition to a selection of lesser known films curated by this year’s guest director, Volker Schlöndorff, a new restoration of the circus film “Varieté” was screened with a live musical accompaniment by Telluride regulars Alloy Orchestra. (Alloy visited Wellesley last year with their live accompaniment of Fritz Lang’s “Metropolis”). 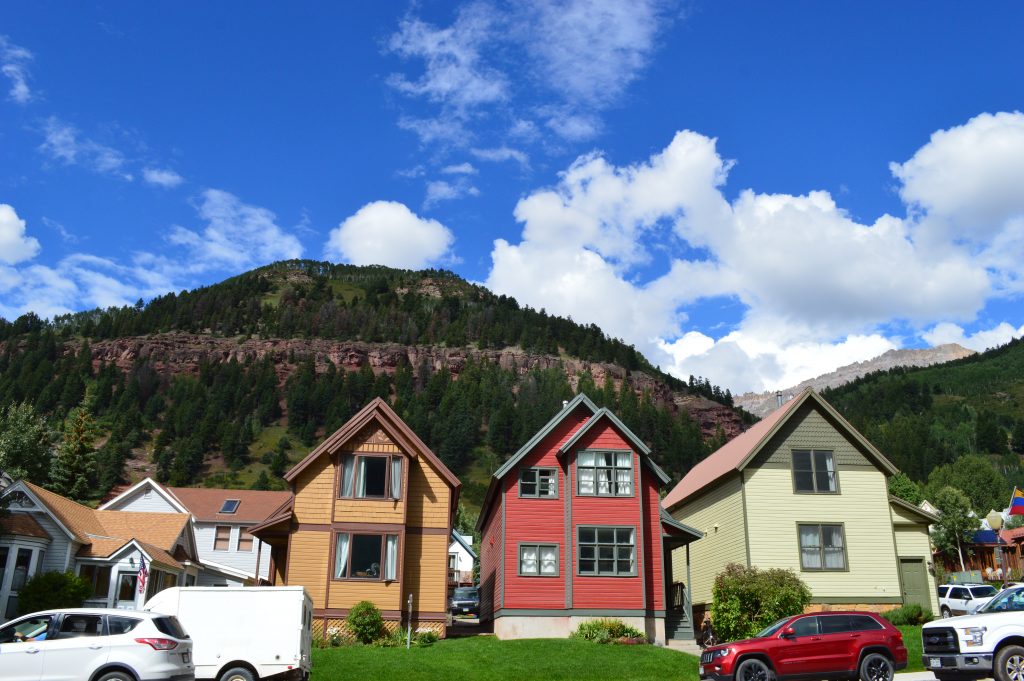 Of course, not every film was equally well received. Ben Younger’s “Bleed for This,” detailing champion boxer Vinny Paz’s struggle to return to the ring following a severe neck injury, largely failed to convince audiences of the necessity of yet another boxing biopic. Technically well made, it features excellent performances from star Miles Teller and Aaron Eckhart, who would be unrecognizable as boxing coach Kevin Rooney without his trademark cleft chin. It also features many of the shortcomings often found in boxing films, including painfully flat female characters and unquestioning admiration for the protagonist’s borderline pathological determination. In a somewhat similar vein, Bryan Cranston’s performance in Robin Swicord’s “Wakefield,” a nightmarish tale of suburban angst and ennui, has drawn considerable praise from viewers who left with much more mixed opinions about the film as a whole.

Ultimately, two films came out clearly on top, nearly as remarkable for their stark contrast as their individual achievements: Barry Jenkins’ somber drama “Moonlight,” which premiered at Telluride, and Damien Chazelle’s “La La Land,” which screened at Telluride a mere two days after premiering at Venice Film Festival.

In The People’s Telluride Ratings poll collected every year by Michael’s Telluride Film Blog, “Moonlight” took the top spot with an average rating of 4.37 out of a possible 5 while “La La Land” came second with an average rating of 4.33. In this particular case second is not a bad place to be, as the past four films to come second in this poll have been “Spotlight,” “Birdman,” “12 Years a Slave” and “Argo”— all of which ended up winning the Oscar for Best Picture.

Both “Moonlight” and “La La Land” are visually stunning works, but that is pretty much where the similarities end. “Moonlight” tells the coming-of-age story of Chiron (portrayed at different stages of his life by Alex R. Hibbert,  Ashton Sanders and Trevante Rhodes), a gay black man in Miami. “La La Land” is a musical starring Emma Stone and Ryan Gosling as Mia and Sebastian, an actress and jazz pianist, respectively, trying to make it in LA.

Where “Moonlight” is gaining attention for its discussion of matters still largely considered taboo and very rarely depicted in cinema, “La La Land” is an homage to classic Hollywood—nearly a genre unto itself at this point— in the vein of “Hail, Caesar!” and the Oscar winning “The Artist.” “La La Land” does set itself apart in being set in the present day instead of the era to which it so lovingly and liberally draws from, adding a particular poignancy to the nostalgia, however between Stone’s 50s-inspired wardrobe and Gosling’s jazz obsession, the 2016 setting is quite easy to forget until someone whips out an iPhone.

While “La La Land” is a film about films, drawing inspiration from everyone from Jacques Demy to Federico Fellini to Alfred Hitchcock, “Moonlight” is a highly personal story, both for Jenkins and Tarell Alvin McCraney, who wrote the play from which “Moonlight” was adapted. Jenkins speaks of “Moonlight” as “an authentic story, from an actual place, about real people going through real things,” while Chazelle traces the genesis of “La La Land” to when he first saw “The Umbrellas of Cherbourg.”

While comparisons of individual aspects of the two films could fill a book, the truth is, looking at the films in their totalities, trying to make comparisons only sells both films short. So why should we? In some ways it seems a natural thing to do, looking forward to awards season, where some are already anticipating these films might find themselves in competition, but it also undermines potentially the most fascinating point of all— that these two radically different films could connect with the same audience. Of course, what is true for the relatively small and specific audience at Telluride might not prove true when applied to much larger and more varied audiences that make up the domestic and international box office, but then again, maybe it will. Only time will tell. 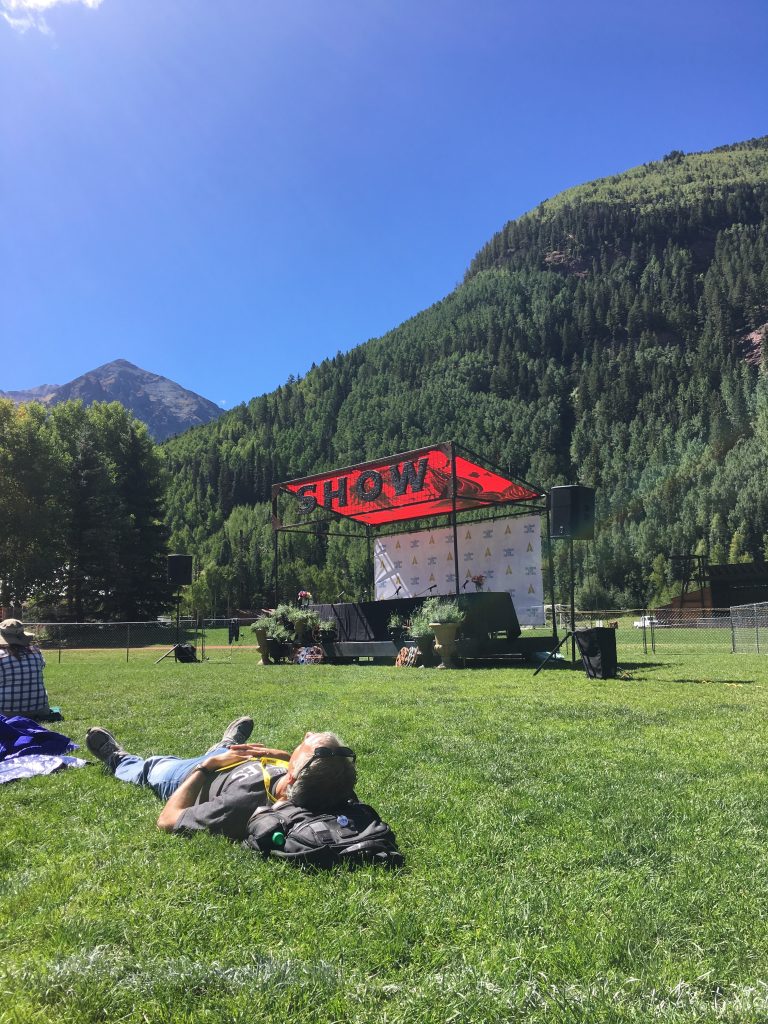