The Student Labor Action Project (SLAP) has taken on a new project this year, working towards guaranteeing on-campus jobs for students who were granted workstudy as part of their financial aid packages. As of now, Wellesley students with work study-are not guaranteed jobs when they arrive on campus.

In the 2015-16 academic year, about 1,200 of 1,601 students who applied for financial aid were granted work study in their financial aid awards. Wallace-Juedes stated that, of those students, about 63 percent received pay through on-campus jobs. Although many students choose not to apply for on-campus jobs and remain unemployed,many claim that job searching on campus requires a lot of effort and often does not lead to employment.

Radhika Menon ’19, a member of SLAP, claims that first years struggling with the stress of adjusting to a new place are given little to no advice on how to find jobs in order to fulfill their work study, other than the direct deposit and work-study session during orientation. Furthermore, she stated that the financial aid letter does not clearly articulate that work study is not guaranteed for students who receive it in their package. In other words, a student is not guaranteed a job once they arrive on campus.

“Our initiative hopes to make the process of getting a job easier and clearer, demystifying the concept of work-study to students who receive it, and ensuring that work-study students are prioritized during the application process,” Menon said. Menon hopes that students who need the job will be prioritized, and there will be a systematic reform of Wellesley College’s work study policy. 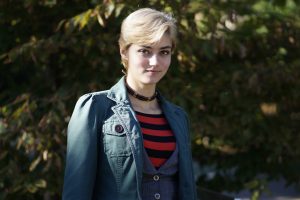 Aubrey Simonson ’19 agreed with Menon, stating that college is more difficult for students who come from working-class backgrounds and lack the resources of their counterparts. Simonson, also a member of SLAP, stated that Wellesley College is nothing like the world these students are coming from, and it is difficult to adjust to Wellesley’s environment. Students on financial aid have spent hours filling out forms like the Federal Application for Student Aid (FAFSA), anxious about their ability to afford attending Wellesley. Beginning the year with more forms and worrying about not getting a job on campus can be too overwhelming.

“Not everyone on financial aid has actually had to go through that process [of job searching] yet, and asking for a job for the first time in your life is not something that you want to have to do your first week away from your parents and your hometown and your friends,” Simonson explained.

Approximately 1,200 students are interested in finding work on campus; however, the college does not provide enough opportunities. The popular choices, such as library help desk or mail services, are filled up quickly. Other jobs, such as lab assistant or student teacher, are secured for upperclass students before the school year begins. Still others, such as many jobs in the Office of Admission, are exclusively for first-years. A student who decides for various reasons, to seek a job in their upper-class years can be denied many opportunities.

Wallace-Juedes said the process of finding employment varies among students depending on how proactive and selective they are when job searching. It also depends on the time of year in which they are conducting their search. According to Wallace Juedes, some students apply to several jobs one week then several more in the following weeks until they get one while others wait for a reply from one job before applying to another. Moreover, some only want to work as assistants while others do not filter any jobs.

After agreeing that students from low income families had less exposure to resources and therefore struggle financially, members of SLAP researched other schools which offered ‘work-study’ awards to compare the different systems. Most schools, including Brandeis University, Smith College, University of Massachusetts, Amherst and Swarthmore College, give priority employment to federal work study students for about two weeks after school starts, just like Wellesley College. At Mount Holyoke, all jobs are broken up into five categories and only work study students can apply to category 1 jobs. Students at Williams College are all hired through the website HR, where only work-study students can be employed for work-study jobs. Some schools, such as Grinnell College and Pomona College, guarantee jobs to students with a work-study award.

SLAP has confronted many issues on campus, including higher pay and labor rights. Last year, SLAP advocation for compensation of student leaders, including Residents Assistants (RAs) and House Presidents (HPs) for their work on campus, an initiative that was approved last year and took effect this academic year. SLAP hopes that their initiative can guarantee jobs to those students with work study jobs, prioritizing those who need it the most.