At first, the texts were hopeful.

“We’re a little worried about [the coronavirus], but I hope I can still get on the flight and come to school,” Candice Ye ’23, an international student from Wuhan, China, messaged her friends on Jan. 21. “We got a lot of masks today.”

Two days later, the Chinese government declared a lockdown on three cities in Hubei province including Wuhan, a metropolitan area of over seven million people.

“It seems they still provide international flights. [I] have a little hope now.”

An hour later, her flight was cancelled.

The novel coronavirus, or COVID-19, was first detected in China in late 2019. Like other coronavirus strains, it can be spread through human-to-human contact, although the exact details of transmission are still unclear. Its symptoms are similar to other viral infections like the flu, such as a fever, cough or shortness of breath.

As of Feb. 11, over 1,100 deaths from the virus have been reported — officially surpassing the number of deaths from the outbreak of a similar coronavirus strain, Severe Acute Respiratory Syndrome (SARS), which originated in China in 2003 with a death toll of 774 — as well as over 43,000 confirmed infections, making it the deadliest outbreak in recent Chinese history. Consequently, the World Health Organization declared a global health emergency on Jan. 30. In the United States, there have been 13 confirmed infections, including one in Boston, but no U.S. deaths have been reported to date.

According to Jennifer Schwartz, health services medical director, the risk of contracting COVID-19 at Wellesley is extremely low. There have been no confirmed cases within the Wellesley community, and the College has a protocol in place in case anyone would have to be quarantined on campus: the student would have to stay in their room at all times, have meals delivered to them, work with their class dean to reduce their course load and use a bathroom separate from other students.

Sheilah Shaw Horton, vice president and dean of students, said that class deans and faculty are working to support students whose travel impacted their return to campus and the small number of students who are currently in self-isolation on campus.

Ye remains in Wuhan due to the United States and other countries imposing a travel ban on foreign nationals returning from China over fear of the disease spreading. As a result, major airlines have cancelled flights to and from China, directly affecting Ye and another Wellesley student, Marie Zhang ’21.

According to Ye, she was told by the school deans that she had a hard deadline of returning to Wellesley by Feb. 21, the end of the add/drop period, or she would be required to take a gap semester. For the first two weeks of school, she completed all of her work digitally, collaborating on partner projects through video calls and text messages.

“I [tried] to catch up with all my courses through self-study and asking my classmates questions. It [was] hard to do so as China blocked many resources, ” Ye said. “It can be very frustrating.”

However, Ye was informed by the deans on Feb. 10 that it was clear she would not make the deadline, forcing her to take a leave of absence for the spring semester. She worries that this move will negatively affect her future research and internship opportunities.

“I cry everyday and can’t change the situation,” said Ye. “I don’t want to be an international student anymore. Nobody cares about us.”

Other Wellesley students with ties to the region have expressed concern for friends and family members potentially affected by COVID-19.

“I’m actually from Wuhan and my house is 15 minutes drive away from the seafood market where the first cases of the virus were discovered,” said Christine Jin ’21. “[I’m] hearing about people in my neighborhood in Wuhan taken to the hospital, and I’m just really worried about my family and when this is going to come to an end.” 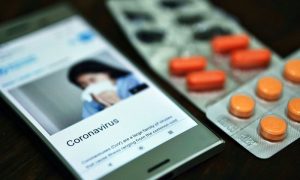 Students express upset over inability to return to campus Photo Courtesy of Health.mil

According to Schwartz, the number of deaths from COVID-19 may be inflated due to its higher fatality rate among older people with weaker immune systems. Because older people are more likely to be immunocompromised, they are less likely to recover from any respiratory illness. Like with SARS, no children or adolescents have died from the disease.

Health Services has been focusing on education as a key mechanism to prevent the spread of infection, said Schwartz. Protocols for self-isolation for COVID-19 are similar to those for the flu.

According to an email sent on Feb. 4 from President Paula Johnson, all students, faculty and staff returning from mainland China after Jan. 19 were asked to complete a travel information form so that the College and Health Services can monitor high-risk patients.

“It is also important that we treat all members of our community with respect and do not discriminate out of a sense of fear,” Johnson said, encouraging those who have faced prejudice, discrimination or bias due to COVID-19 to reach out to Slater International Center or the Office of Intercultural Education.

“I would hope that we would have compassion and support our Asian students on campus, especially any of those who have family or friends in China or the affected areas,” she said.

In a statement read to Senate on Feb. 10, the Chinese Students’ Association brought up the United State’s legacy of anti-Asian sentiment — drawing attention to the 1882 Chinese Exclusion Act, which suspended Chinese immigration to the United States and stayed in place until 1943 — to compare to the revival of racism against Asian people as a result of the outbreak. The group is currently advertising a gofundme.com fundraiser organized by the Wuhan University Alumni Association to raise money for medical supplies and other materials. The fundraiser has raised $690,937 as of Feb. 11.

Additionally, Slater will be posting an information session Thursday, Feb. 13, exclusively for students of Asain descent to “discuss how the racial and political tensions around the coronavirus epidemic” have affected the Wellesley community. According to the event details, it is sponsored by the Pan-Asian Council, Wellesley Asian Alliance, Asian Student Union and Chinese Students’ Association.

In addition to education, the College has started to take other measures to prevent the spread of infection, according to Schwartz. For example, there are now wax sheets for picking up fruit and tongs for taking bread in all dining halls.

While talk of COVID-19 has swept over Wellesley, few people are aware of the students at the College most impacted by the virus.

“Even if I can’t get back this semester, people overseas should be aware of what’s going on,” said Ye. “Ridiculous, unreasonable discrimination to Chinese people is spreading everywhere and it’s not fair.”