Following the release of ED1 admission decisions in December and ED2 admissions in early February, Wellesley is beginning to welcome the Green Class of 2025. Amidst the uncertainty of the COVID-19 pandemic, the ED applicants of 2025 each carry a unique perspective of the admissions process this year. 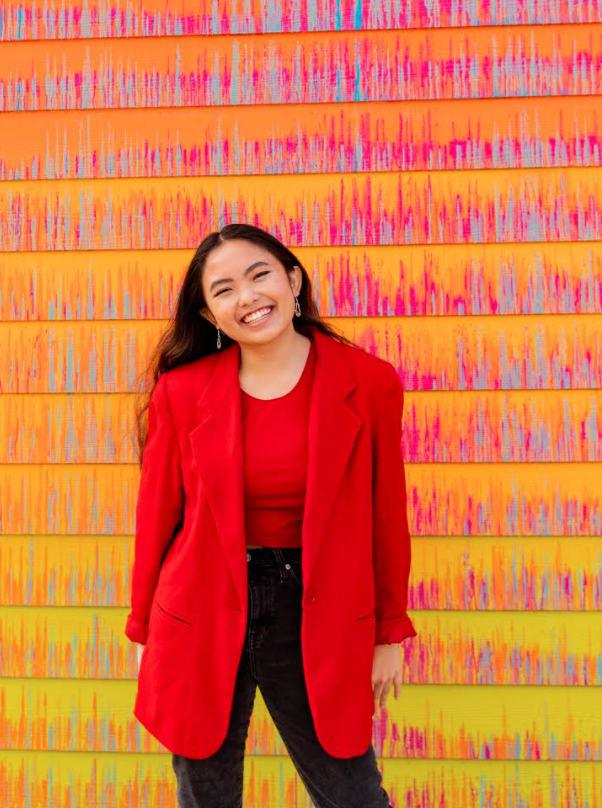 Alexa Halim ʼ25 committed to Wellesley through The Posse Foundation, an organization that aims to cultivate groups of students to influence individual and group development at college. According to Halim, the posse helps students build support networks that help then thrive in college.

Halim will be attending Wellesley on a full-tuition scholarship along with nine other students from the Houston area. These students have had pre-collegiate meetings since January, which will continue until her arrival this fall.

The support network that Halim emphasized was also one of the many reasons that Malahim Tariq ʼ25, an international student from Lahore, Pakistan, was eager to apply. After hearing about the College through a seminar about historically women’s colleges, Tariq was immediately drawn to the sense of community. 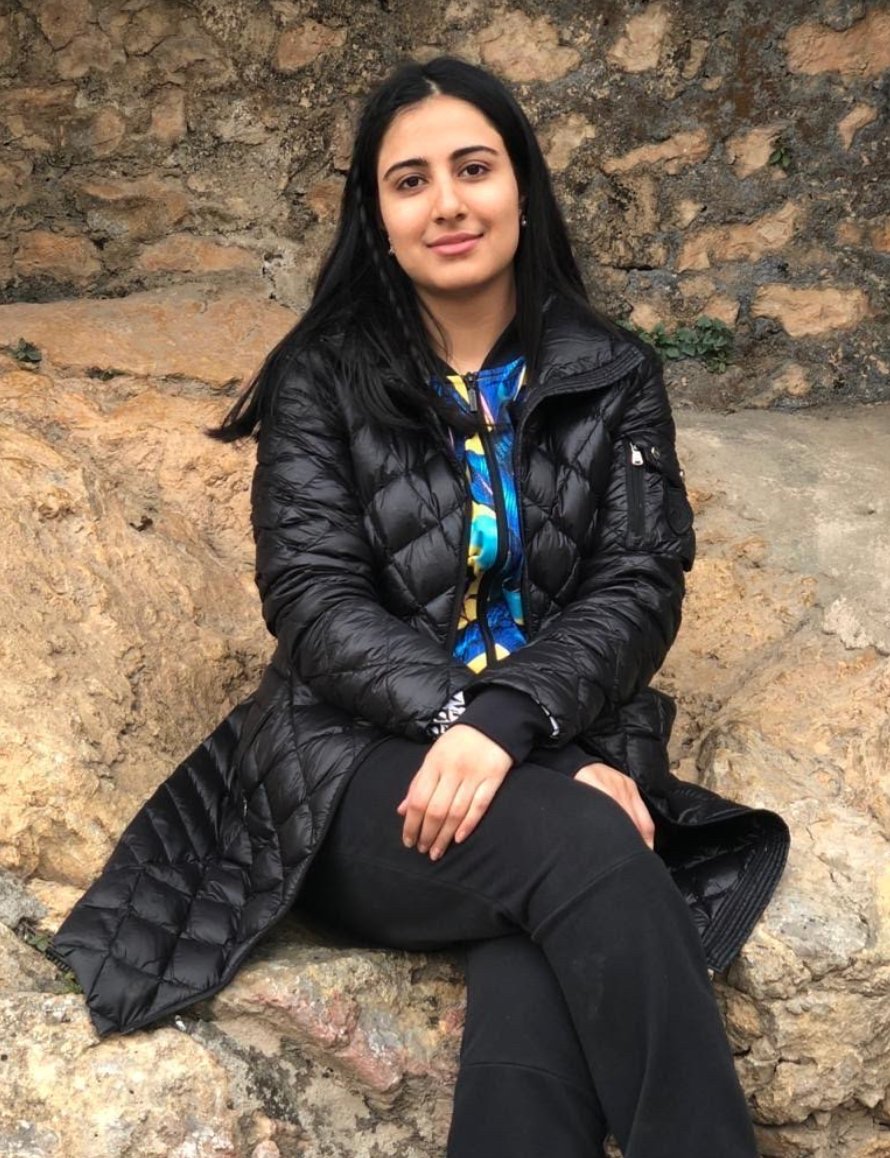 “When I heard about Wellesley, it struck me as being very open, supportive and diverse,” Tariq said. “It felt as though if I went there I could try anything without judgement, learn a lot and find a community that I fit into.”

Similarly, MaKenzie Carter ʼ25, a D3 basketball recruit, is looking forward to the liberal arts experience at a smaller school where it doesn’t feel like a “big pond.”

“The sense of community is always going to be there when it’s a [historically women’s college], ” Cecilia Rao ’25 said “I’ve read so much about Wellesley’s network and how connected everyone was.”

Aside from its welcoming community, many students are also drawn to the extensive academic selections Wellesley offers. For example, Heidi Tarnaski ʼ25 is enthusiastic to take advantage of Wellesley’s various STEM programs. Tarnaski hails from Kane, PA, and is looking forward to pursuing neuroscience as well as organizations such as Botanistas and the Outing Club.

“I really liked the academic program and that they have my major,” Tarnaski said. “I feel like the environment would just be better … especially in STEM because [in a co-ed university] you tend to get talked over a lot.”

Additionally, Tarnaski is enthusiastic about getting involved in research on campus, particularly with Professor Sharon Gobes of the neuroscience department.

Similarly to Tarnaski, Halim is also eager to take advantage of the STEM programs offered, hoping to take advantage of the College’s interdisciplinary academic opportunities. Halim is currently a prospective data science and sociology double major. She said she listened to an episode of NPR’s Code Switch podcast about a previous organization, EdBuild, that would create data sets to represent the educational inequities in district lines and funding.

“It was the fact that they combined data and put it into everyday terms,” Halim said. “I fell in love with the idea and knew that I wanted to pursue something similar.”

Tariq and Rao, on the other hand, express a stronger interest in the field of humanities. Although undecided, Tariq hopes to explore the sociology major and Asian American studies minor, while Rao plans on focusing on English and peace and justice studies. 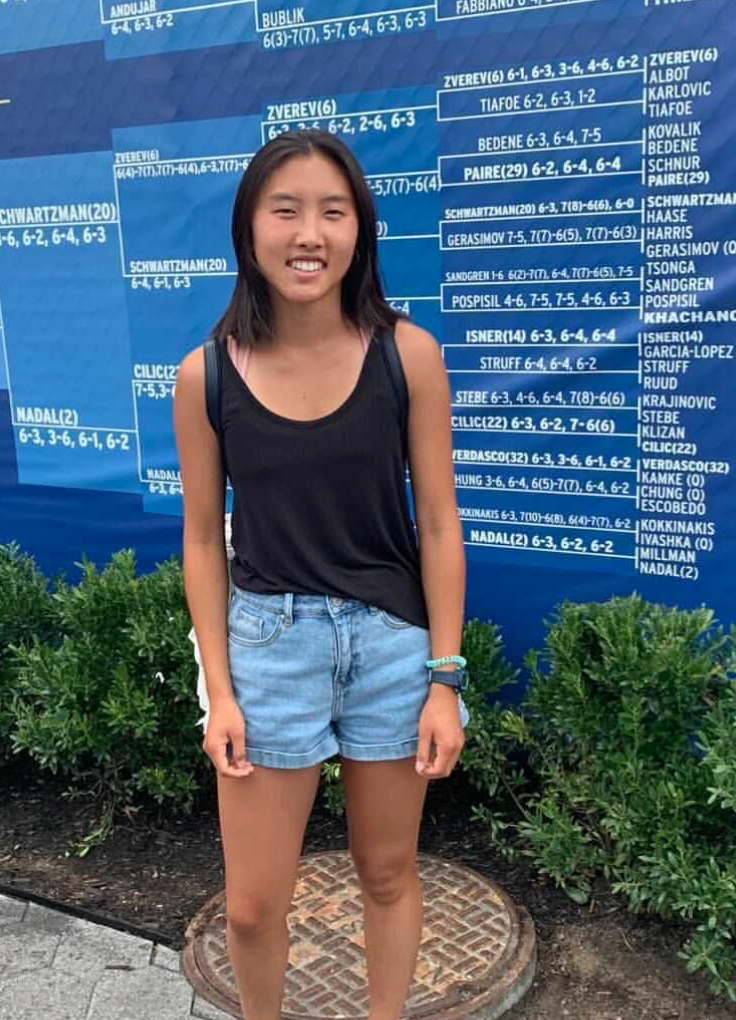 Many incoming students are eager to delve into the plethora of extracurriculars the College has to offer. Camille Newman ’25 and Halim are both eager to continue their current passions for the next four years.

Newman is especially eager about continuing her athletic career under Coach Callie Lekas ʼ10. Although Newman does not consider herself to be an incredibly serious athlete, she began searching for D3 liberal arts programs for her to continue her love for the field.

“Even if I wasn’t recruited on the varsity team, I would have joined the club team,” Newman said. “I knew field hockey is something I want to pursue throughout my college experience.”

Outside of the classroom, Halim hopes to continue dancing, which is her current area of speciality at her performing arts high school in Texas. Although Halim has been dancing since she was a child, she  reports developing a true love for dance after auditioning and getting admitted to her current high school.

“I definitely want to keep dancing at Wellesley,” Halim reports. “Dance is a form of expression that I can’t describe — it just feels good.”

Tariq, on the other hand, is more excited to explore new opportunities that she may not have had in Pakistan, such as finding a Muslim community with diverse experiences and exploring the realm of theater.

Similarly to Tariq, Carter is excited to engage in interests that not every college can offer, such as engaging in LGBTQ+ life, which is not easily accessible in her hometown, situated an hour outside of Sarasota, FL.

In face of COVID-19, many Class of 2025 students have not only had an unconventional application process, but are anxious about how next year will shape up.

For example, Rao and Newman experienced obstacles due to COVID-19 during the application process itself.

In terms of athletics, Newman revealed that it was not only unconventional how her coach-athlete relationship was developed virtually, but also how Lekas has not yet seen Newman perform in person.

Due to  the pandemic, Rao’s application process was more difficult than normal. Fortunately, however, Rao was able to apply to Wellesley with no issues because of this year’s test-optional policy.

“I was nervous when I was first applying,” Tarnaski said. “I was like ‘Am I going to have to stay home another year?’”

“I’m a little worried about [in-person classes] getting cancelled or just being online, and not getting the true experience,” Carter said.

Even in the face of an unknown future, however, many students remain optimistic about starting their first year of college on campus. 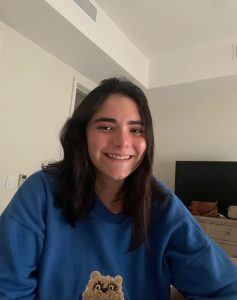 Rao, for example, is especially excited to participate in the in-person traditions, such as Flower Sunday and the Boston Marathon, that Wellesley has to offer.

“I’m so excited to be surrounded by people who are like me,” Carter said. “People who love education, who just love to be there. That’s what I imagine every time I think about myself going to college.”

When asked what she is most looking forward to at Wellesley, Carter’s answer was something many fellow Southerners can relate to.

“I’m excited for the snow,” Carter said. “I haven’t seen snow in years.”