Content Warning: This portrait series mentions trauma surrounding saying goodbye to friends, the inability to return home and the legacy of COVID-19

The following testimonies were gathered in interviews in which I asked three questions: “What happened a year ago?”, “What are you doing now?” and “How do you feel about this one year anniversary?”. Images were taken by the interviewees on Photobooth. 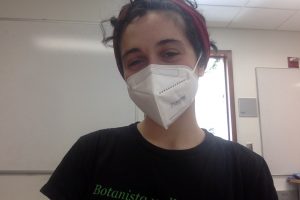 A year ago, life felt apocalyptic and heartbreaking. I felt like my heart was being ripped out. I stress-packed everything in my room in one night after a party and spent the rest of the time just roaming around looking for anyone, anyone to see and spend time with, hanging out on my friends’ stripped mattresses while they shoved their things into big cardboard boxes; finding it hard to carry a conversation with anyone and wondering, whenever people looked happy, if there was something lurking deeper inside, some sadness too painful to talk about, some fear so intoxicating that somehow they could smile as their minds went numb.

It was horrible; I had to say goodbye to my family, everyone I knew at Wellesley. I didn’t eat for four days except for some microwave ramen every now and then, and regardless of how many drinks I had I never felt like I could surpass the rage, sadness, fear, and confusion that made my body so tense.

Now, my life has flipped upside down. I’m pursuing a PHD in Earth and Planetary Sciences at Northwestern University. I’m living in Northern Chicago and my research centers on the biogeochemistry of managed landscapes and the anthropogenic impacts on the carbon cycle. Everything has changed.

Recently, I was talking to a friend about something that happened to me in spring 2019 and I said, “so one year ago i was…” and then she stopped me and questioned me– “one year?”. I answered “oh shit you’re right…TWO years ago.” I feel like this past year didn’t even happen; usually we say that time “passes,” but nothing passed, it just sat stagnant and rancid like a puddle in the mud. I realized how many expectations I had, when really I thought that there was so much possibility and spontaneity available to me– how wrong I had been. It’s harder for me to have expectations now. 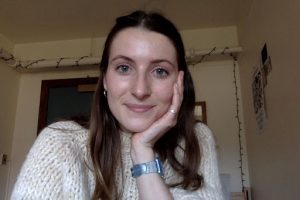 A year ago, I felt a lot of emotions, mostly sadness. But I also don’t think that I was really in touch with what was happening until I was home. It was hard to leave my friends who were seniors and to say goodbye to my partner. I did not conceptualize what it was going to be like until I got home. I think there was more immediate sadness for other people, like for the class of 2020. As a junior at the time, we felt so bad for them. But we also were relieved in knowing that we were going to come back, and that this would probably not affect our senior year. But now, I mean, hopefully, things will be better by the time that we graduate. Now we’re the ones with no real senior year.

I will say one more thing, about that week a year ago: it was surprisingly joyous. That week before we left transformed into communal celebration amongst communal sadness and fear. I will always remember how in that moment of untethering and uncertainty, the Wellesley community said “we’re still going to celebrate while we can and while we’re together.” That has stood out to me, and I still think it was a beautiful moment amongst a lot of suffering and pain and fear.

Now, I am living in Claflin on the second floor. I have lived on this floor since my sophomore year. So it’s a sweet way to end but also sometimes strange, because I feel like I’m walking around with my past selves: all the different rooms I’ve lived in on this floor and all the different time periods and who was there and who’s not here now. I think that’s really present in my mind, especially coming back a year after I’d left. I definitely feel like there are shadows and ghosts around. I’m taking classes and I’m involved in some of the orgs I was involved in when I was here earlier. I am definitely still feeling the distance between this person I was at Wellesley before and who I am at Wellesley now.

The one year anniversary of finding out we were going home was this past Friday. And it was actually a really beautiful day here; it was so sunny, and there were a lot of people out on Tower Court. It was just such a stark contrast to last year when there were also a lot of people out in Tower Court, but it was groups of people crying. I remember the day was really overcast, then. This year, it was so sunny, it felt optimistic. It just made me feel grateful to be here in 2021, and not back there. I’ve been finding comfort in that resilience and evolution. There are different people here, new people, other people are gone. But somehow there’s still community out there on our Court, enjoying the sun, and being together, even if it’s in a different way. Vaccines are coming in the summer and so much will come with that. The day had its ups and downs, but I held onto that thought because we’re moving forward. It made me a little more optimistic, and I think that has been so rare in the last year that I’m holding on to it. 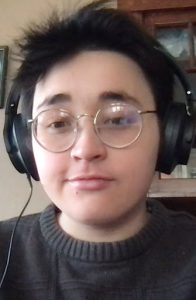 When I first got the email, I was sitting in my room at SCoop, just having told some friends that I thought we wouldn’t be sent home because Wellesley is such a small “isolated campus.” I remember heading to Tower courtyard to meet some friends from ZA and just cried and hugged many friends. I remember a few days prior it was one of the first sunny days of Spring so everybody was laying on picnic blankets, playing music, and just having a really nice time. I remember having a foreboding feeling that day because it was so lovely.

After I left Tower Courtyard, I went to El Table to commiserate with some friends from Wellesley BlueJazz. Nobody knew what to say so we mostly hugged. I arrived for my shift at the Music Library about 25 minutes late, but my boss was very understanding given the circumstances. Those last few days felt surreal because we all did what we could to shove the rest of the semester into a week. Wellesley BlueJazz held a “guerrilla concert” where we basically just played our set list for each other in JAC 106. ZA all got together and tried to give the seniors a lovely send-off. I spent my last night in my partner’s room, and I didn’t realize that would be our last time together before an unanticipated 6 months apart. I’m very fortunate I got to move in with my partner in September 2020, but I know many people are still long-distance with their partners or just can’t see their partners when they’re on campus. That last week felt naive in a lot of ways because even though we were saying goodbye, I don’t think we truly understood for how long. I remember saying to a friend that I’d visit her in 3 weeks, but I ended up seeing that friend in person a year later.

Right now I’m living in an apartment in Worcester with my partner (a Wellesley Alum) and her sister. I decided to stay remote the entire year because after having lived in SCoop, a place where I cooked most of the meals I ate, living somewhere where I could do that was the best for my mental health. Also, all of the courses I wanted/needed to take were remote anyways so living on campus didn’t feel worth it. I’m in Wellesley BlueJazz and since we’re not allowed to rehearse together in Jewett, there weren’t many reasons to come back to campus (beyond missing friends and walking around).

During this anniversary, I surprisingly didn’t cry, but I felt the energy the morning I woke up. My Google Photos created a folder of photos from that day, you know those one year anniversary type things, and all of the memories I mentioned earlier came rolling back. I’m sad my partner and I didn’t get to have those last few months of college romance, because living together feels so different from the lives we led before quarantine. It took me a while to realize that living on campus isn’t much better than living off-campus, both have trade-offs. I miss living around friends, I really think co-op life is the best life. PJ sent an email saying we’re going back to normal Fall 2021, but I’m cautiously optimistic. I don’t think my college experience will ever be like it was before in all honesty, but I’m hopeful that my senior spring can get as close as possible. 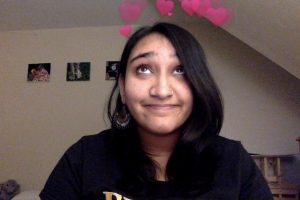 A year ago, I spent time with one of my friends who was really nervous because she couldn’t go back home. Borders were closed, restrictions and visa problems were happening, and she couldn’t join her parents. So she had nowhere to go, and she was really stressed out. So I took her to one of my classes with me. And I was like, it’s okay, whatever it is, at least stay with me so that I have an eye on you if you collapse. And I think that’s when we actually got the email.

Personally, my family lives in India, but I actually booked my flight to Atlanta to go to my sister. It was the last flight I could take. I was talking to my parents and they were at a wedding. They were literally on the other side of the world, at a wedding while I was saying: “guys, I need to figure this out.” I literally told them “if I don’t come home right now, I’m not coming home. So you won’t see me.” At that point, I hadn’t seen them for like a year. I think that made them realize the gravity of the situation, so I came home. I was in the pub when I booked my flight home.

I came back to Wellesley last semester. I almost transferred–on the day my flight I was about to cancel because Wellesley minimized more of my financial aid. I really thought I would never come back. Eventually, luckily, my parents told me that we’ll figure it out. And I’m here now, and it’s been one year since COVID happened. It’s strange, because I can’t believe that a year has already passed. But also, I feel like I’m just so busy that I don’t get that much time to reflect on everything that has happened. I’m not giving myself time to ask: “oh, what could have been my first year?” Because I never got to finish my first year. I think there needs to be more time for reflection. But I don’t have that right now, because of school. I think everything will hit me eventually and I’ll realize: “oh, so much time has passed. And so many things were different.” I do think that Wellesley is doing their best. I know that they’re trying to help. So the intentions are really good. The impact may not be.