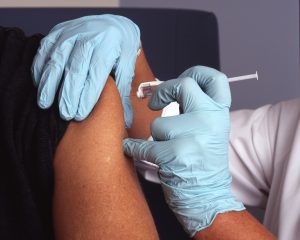 A patient receives a COVID-19 vaccine. Photo courtesy of the National Cancer Institute on Unsplash

On Aug. 26, 2021, Wellesley College announced that it would mandate COVID-19 booster shots when they become available to students, faculty and staff, which could be as early as this fall. The decision reflects a wider trend of corporations, countries and smaller entities like schools choosing to mandate and distribute booster shots — sometimes even before public health entities deem them necessary. Wellesley College should not mandate booster shots for everyone unless public health officials deem  them necessary for all.

Booster shots follow the same formula as the primary doses being administered. These vaccines, as well as those being thrown away or allowed to expire, should be given to countries who are unable to meet the billion dollar price tag.

To be absolutely clear, immunocompromised people — and other groups encouraged by Centers for Disease Control and Prevention (CDC) to get a booster shot — should follow the advice of their physicians and health officials. Once vaccine supply overtakes demand in the area, Wellesley students should take advantage of the resources available to them. We are not advocating for waste. It’s simply that the majority of us do not need to be first in line.

According to Our World in Data, the U.S. has reached a vaccination rate of over 50%, significantly higher than the global average of 41%. The CDC currently recommends booster shots for immunocompromised individuals (although other groups are eligible), and the U.S. Department of Health and Human Services announced a plan in August that would allow all adults — beginning in September — to receive boosters six months after becoming fully vaccinated. Over one million booster shots have already been administered in the U.S. alone.

From a U.S. perspective, booster shots are an ethical choice. As early as April, vaccine appointments across the country went unfilled, and over 15 million doses of COVID-19 vaccines have been thrown away since March.  The vaccine surplus situation in the U.S., however, is not reflective of the rest of the world. In lower-income countries, the vaccination rate is under 2% — about 26 times lower than in the U.S.

According to Our World in Data, countries that cannot afford the hefty price tag are forced to rely on vaccine donations, while wealthy countries prioritize increasing their citizens’ immunity by a few percentage points at the direct expense of billions of people who do not yet have access to the vaccine. The World Health Organization says that had vaccines been distributed equitably on a global level, all healthcare workers and elderly people could have received their first two doses by now.

The most equitable solution would be to ensure everyone around the world — particularly those most susceptible to disease — is fully vaccinated before administering booster shots. After all, some protection will always be better than no protection at all.

This inequity is exacerbated since  countries without the monetary power to afford the vaccines are often the ones with fewer healthcare resources in general. COVID-19’s fatality rate quickly increases once hospitals are overwhelmed. By not vaccinating people in the poorest countries, we are complicit in hundreds of thousands of preventable COVID-19 deaths  — an unacceptable toll for anyone with an internationally-informed conscience.

Even from a purely U.S.-centric perspective, there is significant incentive to prioritize vaccinating as many people as possible over providing boosters. Reducing the number and size of unvaccinated populations lessens the opportunities for variants of concern to arise, which in turn reduces the likelihood of a never-ending pandemic. Constellations of mutations can cause illness to present differently, complicating diagnosis or decrease the efficacy of certain treatments. Offering first vaccine courses to unvaccinated populations before providing boosters will alleviate strain on global medical resources while making vaccination, diagnosis and treatment more effective.

One individual getting a booster shot will not change the global system of vaccine equity. Countries like the U.S., however, which have distributed millions of vaccines, can make a difference. This includes meeting their commitment to COVAX and holding off on authorizing booster shots for the general population until public health officials determine that they are medically necessary. While there are countless issues for Wellesley students to advocate around, COVID-19 vaccine equity is one that has the potential to save millions lives.