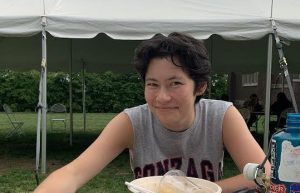 Over the past school year because of COVID… we didn’t really operate as a team. We had practices, but we couldn’t have contact so they were just throwing the ball around. This season, I think everybody was so excited to get into playing. We had a pretty big rookie class, which was really exciting. We actually had enough people to build a team. Our first actual game of the season was just … it had been a year and a half since anybody on the team had actually played a Rugby game. I think that was a really big moment for our team. 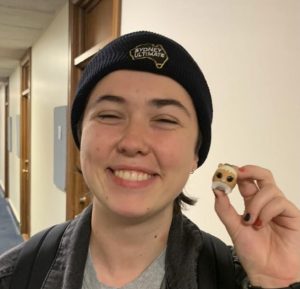 One of my favorite memories was our Halloween practice. It was the Friday before Halloween, and our coach was like guys, we’re just gonna do some fun games and everyone came in costume. We all went around the circle and said what we all were dressed as and people were pissing themselves laughing, and people were acting out their costumes and running around Sev green. I was wearing a blonde wig and just running around. My coach brought her dog too, and it was just a very special night. 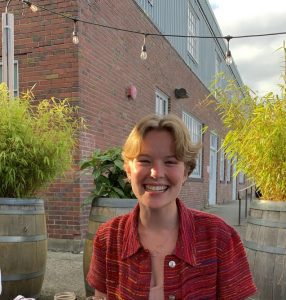 “The team has been such an important community. It’s a place where I’ve felt the safety to come into myself. I think at Wellesley there’s this feeling that you can’t try unless you know you’re gonna be good. And I think that Rugby, because so few people have tried it before… . everybody is going to be different levels of successful and going to learn and it’s a safe place to learn. I think that extends beyond just drills and tackling and running. It’s been such a fantastic and inclusive space for me, and I wanted to continue to do that for other people. 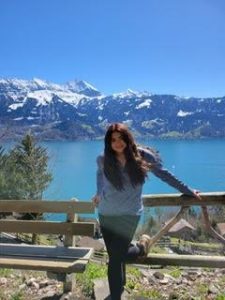 My favorite memory from this season was probably one of our last practices where it was raining and it was cold, and we were all exhausted. And there was like a moment during practice where we all kind of just laughed, and it was like this is insane. This is ridiculous. Like how are we [a] thing right now? But we kind of just laughed and push[ed] through. That’s kind of just our overall perspective on life.