The College expects to complete Pendleton West renovations in the fall semester of 2016, with classes resuming there in the spring of  2017. Green and  Founders Halls, Simpson Hospital and  Stone Counseling Center all continue planning their renovations, but no concrete dates for renovation have been set. Renovations to Munger and other residential halls have been put on hold pending the arrival of the new Dean of Students. Minor upgrades to lighting, painting, flooring and furniture in the residential halls will continue this semester.

Although a full move-in to Pendleton East was originally scheduled for the fall of 2016, only parts of the building will be used for classes then. Only second floor offices and a case study classroom will  be ready for use by next fall.

The pushback will give the art department more time to move-in than would have been possible next fall, according to Phyllis McGibbon, client lead and professor of art.

The interior of Pendleton West has been completely demolished and will have a new layout that the planners believe will address the technical needs of a 21st century art building.

The renovations will update heating and cooling systems, install stricter safety measures regarding dangerous tools such as woodworking equipment, improve ventilation and build a firewall between Pendleton East and West. The firewall will restrict access between Pendleton East and West, so students will no longer be able to walk freely between the two buildings. The restrictive firewall was a controversial change to the building, according to McGibbon.

“It’s important because of these processes that we do on this side of the building; we need to know that if anything went wrong, and hopefully nothing does and we’ve always been lucky, we can secure that side of the building and can get fire trucks in,” McGibbon said.

As a result, Pendleton will be completely accessible from College Road. Pendleton East will have a new doorway starting at the  street level, as part of a push to make buildings accessible to walkers, wheelchairs and people coming from vehicles.

The classroom spaces have been designed to be specialized for processes used in the arts but  remain open to potential changes in the field.

“If you look at what we were using five years ago, 10 years ago, you don’t have to go very far back to think ‘Do we need those kinds of monitors? Are we building in too tightly? Will we even be sitting at desks?’ Those are things that move really fast in certain media,” McGibbon said. 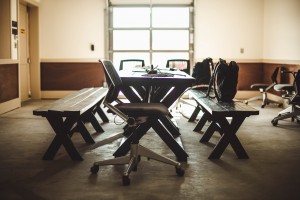 McGibbon hopes that keeping several open plan classrooms and having some non-course-specific classrooms on the third floor will keep Pendleton East adaptable to such changes.

The additional 10,000 square foot annex building that will be completed in November 2016 was designed to be visually cohesive with the Academic Quad, while acting as a state of the art music center. The interior of the building will be completely made of wood to give visitors the feeling of being inside an instrument.

Seraphina Oney ’16, a music minor, is excited about the possibility of having an upgraded music center on campus to use in addition to Jewett.

“Overall, I think Jewett is pretty dated, especially when compared to newer buildings like the Science Center, and a facelift as well as integrating more technology into the classrooms could have a positive impact on classes,” Oney said.

Oney thought that while better speakers or Smartboard technology could be useful in teaching and practicing music, the Jewett spaces are adequate in their current state.

“Founders and Green need renovation badly. Founders especially is not in good shape. There are lots of improvements that need to be made. We’re just started to take some baby steps in that direction,” Hodge said.

“I love the aesthetic and the mustiness and the feeling that Nabokov saw the same doorjambs as I do,” Uren said.

One project which is currently being considered is a community space for students and faculty of the humanities that would be called the Humanities Commons.

The Humanities Commons would be located on the 3rd floor link between Founders and Green. While many humanities departments have their own lounge spaces, Hodge would like to develop an area accessible to all students and faculty in the humanities.

Additionally, a series of mini-lounges are being considered in the renovation process.

“These would be spaces in the corridors and common areas where there’s enough width in the corridor where we could put some chairs or tables, just another comfortable place where students could come and hang out,” Hodge said.

Hodge and other humanities faculty have started to develop a humanities outreach program in response to the national downturn in enrollment in humanities projects. The interdepartmental collaboration these common spaces would foster could help in these efforts.

English major Ruyi Li ’16 likes the idea of the Humanities Commons, although she is skeptical of how effective it will be in sparking interest in the humanities.

“I don’t know how much it would encourage students to take more humanities courses,” Li said. “But, it would certainly be interesting to see if a greater collective physical presence of humanities majors and students on campus in one area would pique the interests of others in these subjects.”

Regardless, Li expressed interest in having a common area for humanities students and professors could gather.

“I’ve never felt like there has been a lack of common space in which to congregate with my fellow English majors, but then again I wouldn’t be against having a little place for people with majors like mine to hang out,” Li said. 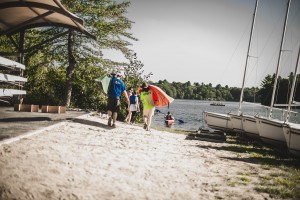 Renovations for Simpson Hospital and the Stone Counseling Center were meant to take place this past summer as well, according to the construction timeline on the Plan for Campus Renewal website. However, according to Project Manager Michelle Maheu, no renovations took place this summer, and a date has not yet been set for any renovations to begin.

Renovations to the Boathouse were completed over the summer. The donors for the boat renovations, Alice Lehmann Butler ’53 and her husband will attend a dedication ceremony on September 25 for the Butler Boathouse.