The Wellesley College Class of 2019 hails from over 48 states and 41 countries. Members range from a Championship Irish step dancer to a World Food Prize intern in Class of 2019, rather, they represent a snapshot of the multifaceted interests members of this class hold. 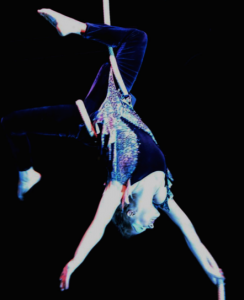 anging by your wrist from a 32-foot rope and spinning through the air in front of an audience. Margaret Dory Flynn Sapia ’19 has done this and more as a performing artist with Circus Juventas, a circus school for youth that she attended for the past ten years before coming to Wellesley College.
Originally from St. Paul, Minnesota, Sapia began training at a local circus school when she was eight years old, practicing each day after school for a total of 10 hours per week.

“My two primary focuses within the circus were [being] an aerialist and a clown,” she said. “It wasn’t something that came naturally to me. I wasn’t talented, and I had to work really hard for every skill that I learned.
But at the same time, that made me realize how much I loved [being in the circus] because I kept going even when it was painful.”

According to Sapia, one of the greatest rewards of working in the circus was learning how to overcome her own fears.

Through her training, Sapia was able to rehearse and perform dangerous and exciting feats, including bungee trapeze, Spanish web, and Mexican cloud swing.

“I think that proving to yourself that you can do what’s absolutely terrifying – like falling 30 feet, and being okay, and continuously doing it – has taught me a lot about myself and what I’m capable of,” Sapia said.

Sapia feels that the circus has not only taught her skills for overcoming what she is afraid of, but has also offered her a metaphor for how she wants to live her life.

“For me to be happy, I have to live my life the way I do when I’m performing an aerial act, in terms of continually pushing myself to do the things that I’m scared of,” she said. “And it isn’t something you can just do once; it’s something you have to do everyday.”

In addition to participating in the circus, Sapia also has a passion for other activities that require performing, including theater, singing and debate. She hopes to pursue a major in international relations or linguistics. 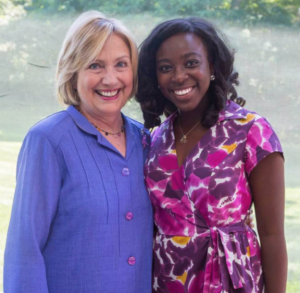 For Karrisha Gillespie ’19, advocating for social justice has always been her passion. In 7th grade, she began volunteering at a community center in Dorchester, MA where she tutored students who needed additional academic support. As she grew older, she also mentored them in applying for jobs and writing resumes or cover letters.

While Gillespie was privileged enough to attend private schools since the 5th grade, she admitted that if any of the students she mentored had similar opportunities, their lives could have been different.

“My world has changed drastically, and I felt like it’s not necessarily fair,” Gillespie said. “I didn’t want to forget [those students] because [they] easily could have been me. I just want to give everyone an equal opportunity.”
In addition to her involvement in community service, Gillespie also enjoys taking part in political pep rallies. Her passion for social justice led her to meet several her to meet several influential politicians including Barack Obama before he was elected President and Wellesley College alumna Hillary Clinton.

Gillespie was able to meet Hillary Clinton at a private fundraiser at Martha’s Vineyard in Massachusetts this past summer. The founders of her high school knew about Gillespie’s deep passion for politics and admiration for to meet Clinton in a more intimate setting.

Gillespie recalls that as soon as she told Clinton she would be an incoming first year at Wellesley College, Clinton gasped and exclaimed, “Oh my God, I am floored; that is an amazing place. I loved my time there. You’re going to have wonderful opportunities! Soak it all up.”

Gillespie also remembers how emotional she felt after meeting Clinton: “I just started crying. Tears just started streaming down my face. I could cry right now honestly, I’m so happy I got to [meet her].”

Ultimately, Gillespie’s experiences have culminated in a desire to study political science or sociology. She wants to continue to fight for economic, political and social equality for a wide range of marginalized groups. 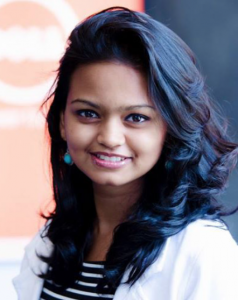 How do models of consumer behavior apply to charity and service-based organizations? This question has been at the heart of first year Kavindya Thennakoon’s enterprise start-up, Without Borders, whose mission is to provide support to underprivileged communities.

Thennakoon grew up in Sri Lanka, where she volunteered in a variety of local communities and became aware of the wide range of socioeconomic issues that affected rural Sri Lankan villages.

“I realized there was a stark difference between a kid of my age and me, even though we were raised in the same area,” Thennakoon said. “They were so many more times smarter than me, and more hardworking, but it’s just that they were not connected to opportunities. That was the only problem.”

These observations and her volunteer work inspired Thennakoon to start a service project in the village from which her maternal grandparents hail. She, along with a few others, started a learning facility to teach residents of the village English and a range of leadership skills, such as public speaking, and soon branched out into other

“We met so many organizations that didn’t believe in charity and aid, [who felt that] when you give handouts, there is dependence,” Thennakoon said. “We realized that there was so much we could do by treating our and empowering them to pay a price.”

Thus, Thennakoon shifted her business model to that of a “social enterprise” startup, meaning that Without Borders now charges a very nominal price for their services, which helps cover the cost. Even if their customers are unable to pay the money halfway through the project, the organization will still continue the current project. Without Borders has now expanded their efforts