The concept of dieting is fluid and usually refers to the regulation of eating for different purposes, such as maintaining, gaining or losing weight. Although diets are often associated with cutting down fat and losing weight, they do not necessarily have to be focused on one specific goal.  Most diets fall into one of three categories: low calorie, low fat or low carbohydrate.

The ketogenic “keto” diet is one of the most commonly referenced diets. There has been both support for them and criticism against them.  It is important to note that the field of nutrition is still a relatively new one, and the many nutritional claims made are not always supported by reliable scientific results and empirical testing. Moreover, the many claims that each diet perpetuates are not always applicable to all as people react differently to the different diets.

The keto diet is becoming noticeably more popular, especially with restaurants and retailers tailoring their products to being “keto -friendly”.

The keto diet is based on the premise that net carbohydrates, which is the total carbs minus fiber carbs, should be restricted to a maximum of 50g per day, and preferably under 20g if one is beginning the diet and needs the body to adjust to ketosis. This will enable the body to go into “ketosis”, which entails producing ketones that shifts the body’s metabolism from using glucose for energy to fat utilization. By making this adaptation, the body in the absence of carbohydrates, which it usually resorts to for fuel, so it will want to access body fat for fuel.  This in theory should be conducive to weight loss.

The ketosis diet is not only embraced as a weight losing mechanism but also to address other health conditions, such as irregular blood sugar levels. In general, Ketosis keeps blood sugar and insulin low, which is associated with fewer hunger cravings.

Since low net carbohydrate intake is the target of the diet, many foods will not be “keto-friendly” as many foods have either a high amount of “hidden carbohydrates” or are entirely composed of “carbohydrates” or both. For example, many proteins that are covered with breading would have higher amounts of carbohydrates than one might believe. Those on the keto diet get most of their calories from fat and protein. The exact amount and ratio of their macronutrient intake can be worked out with the use of nutritional calculators to determine the amount of fat, protein and limited carbohydrates they require in order to feel satiated, obtain their calorie goal and maintain ketosis. 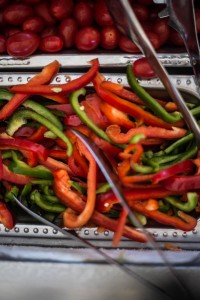 The keto diet is composed primarily of “low carb high fat” (LCHF) foods with exceptions during “cheat days” where keto-ers eat any type of food, including foods with high carbohydrates that cause them to go out of ketosis for a day. The LCHF diet aims to decrease the intake of starches and sugar, which reduces carbohydrate intake while also emphasizing an increase in fat intake. The specific foods that are highlighted in the diet are meat, fish, eggs, above ground growing vegetables and natural fats.

Some foods that are commonly deemed as healthy such as legumes, whole grain products and fruits would need to be restricted if on the keto diet because these foods have too high of a carbohydrate content. Many people on the keto diet would also take electrolytes supplements such as potassium and sodium to replenish the electrolytes flushed out with the water weight as a result of the diet. Being on the keto diet also means that instead of looking for low-fat alternatives to food products such as cheese and milk, dieters are preferring full-fat versions of the food because they are lower in carbohydrates and the fat content helps them reach their daily macronutrients.

It does not take long to realize that many, if not most, of the foods available to us, especially at the dining hall are laden with all types of carbohydrates from starchy potatoes to sugary desserts. Therefore, much of the food around us is often not the most conducive to the keto diet, especially as carbohydrate cravings can be difficult to satisfy if on a diet such as this.  However, the diet is still very feasible as many keto-ers will assure you. Diets can have positive effects on many, and like many other things in life, the effectiveness and results of them are highly dependent on the individual.

Ivy Jiang ’18 is the Sports & Wellness Editor who is majoring in Economics. When she is not studying, she is probably following the NBA, reading, watching emotional films, eating or leisurely exercising. Feel free to contact her at ijiang@wellesley.edu.