Network hopes to increase visibility as a minority

Many students have seen the red “I Am First Gen” t-shirts around campus. The t-shirts were distributed to first-year first-generation students at the First Generation Network Welcome Dinner, which about 120 students, staff and faculty attended.

“Academically, coming to college for a first-gen student is like learning a new language. When you are surrounded by students who have years of private education, tutoring and hearing their parents use big words at the dinner table, you feel like you don’t belong,” Isabel Staccuneddu ’17 said.

Most social activities at Wellesley require money. For example, Wellesley advertises trips to Boston as a great way to de-stress. However, the six-dollar round trip [on the Senate Bus], which can mean nothing to many Wellesley students, can add up quickly for first generation and low-income students.

According to Debra Rowcroft ’19, the cost of textbooks and other academic supplies can also be debilitating for first-gen and low income students. 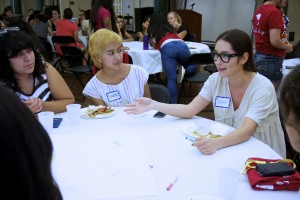 Another concern for first-generation students is the lack of academic support systems that often come from parents who have gone through the college admission process and are fluent in English.

“I had to apply for college admission and financial aid without my parents because they cannot speak English very well,” said a first generation student, who wishes to remain anonymous.

“My parents can’t help me with my homework or use connections to help me find internships,” Rowcroft explained.

“It’s not enough for your dean to be a nice person. They have to relate to the student. If you share a marginalized identity with a student, you are showing them that they can succeed in academia and higher education, which is something we are never told,” Staccuneddu said.

Another step the administration can take, according to Rowcroft, is providing stipends for academic supplies and more guidance for students applying to college.

Wellesley students who are not first generation or low-income can start by listening to, rather than talking over, first generation students, according to Staccuneddu. Do not assume that they are less intelligent than you or their families are less supportive than yours, adds Rowcroft. Staccuneddu also advises peers to avoid condescending comments like “Your parents must be so proud of you,” which imply that studying at a liberal arts college is inherently superior to manual labor, the work done by many parents of first gen students.

“I feel skeptical when my peers say ‘Your parents must be so proud of you,’ because it insinuates that I shouldn’t be proud of my parents and the work they do,” Staccuneddu said. 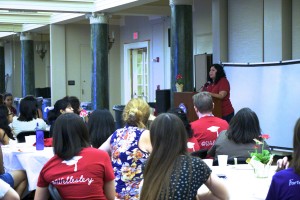 While first generation students deal with struggles that others might not think about, their experiences are not necessarily negative. Many emphasize the importance of the values that their parents taught them, particularly resiliency.

“I’m not at Wellesley despite my parents, but because of them. I didn’t ‘pull myself up by my bootstraps.’ Yes, I want to use my skills to support my parents when I leave college, but I’ve learned more of those skills from my parents than from Wellesley. When I need to power through a problem set, I remember my father’s resiliency,” Staccuneddu said.

The specific viewpoints of first-generation students play a vital role in the campus-wide conversation about defining Wellesley’s vision of success.

“At Wellesley, values of financial success and traditional career paths are reinforced through the curriculum and the comments of community members. As a minority, it’s important that we first gens are visible and vocal. We remind other students that there are other valid experiences besides financial success. We are working toward challenging the idea of what a Wellesley ‘success story’ should be,” Staccuneddu said.