Jennifer Thomas-Starck, the director of the Office of International Study, was loading six Girl Scouts in her van for a field trip on Nov. 13 when she began receiving alerts on her phone about the terrorist attacks in Paris.

She told the girls to stay in the car and went inside, where she pulled up the list of students studying abroad in Paris. For the next couple hours, Thomas-Starck coordinated with her staff members and other faculty, namely Class of 2017 Dean John O’Keefe and the risk manager on campus, Jodi Williams. They soon were able to confirm the safety of all Wellesley students studying in Paris or visiting the city for the weekend—in total, 10 students.

With 45 percent of Wellesley students studying abroad at some point while attending college, safety may become a greater concern for students and may affect students’ decision on where they may choose to study abroad.

The Wellesley News interviewed Thomas-Starck about safety measures the Office of International Study already takes and may alter or boost following terrorist attacks in Paris, Beirut and Eastern Kenya. She discussed greater precautions the school is taking in sending students abroad. 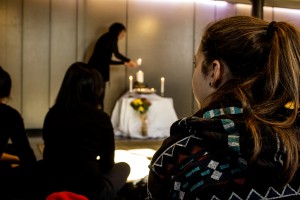 “We’re asking faculty to submit a lot more information on what the protocol would be should something go awry,” Thomas-Starck said. When The Wellesley News spoke with Thomas-Starck, she had just exited a meeting with the International Safety Committee on campus that was formed after the September 11 attacks in 2001. The committee is charged with oversight of all student and staff travel programs. The committee also reviews students who apply to travel to countries with current U.S. State Department warnings in place.

The Safety Committee discussed short trips abroad, focusing on Wintersessions in particular. “In terms of our short-term faculty programs we’ve had more meetings with the faculty members, we’ve also asked them to submit their emergency plans ahead of time for review by the larger International Safety Committee.” Wintersession groups will do more this year to avoid crowded tourist destinations such as brunch in the Eiffel Tower or at the Hard Rock Café. These extra precautions, Thomas-Starck said, would be up to the faculty members leading the trips.

Thomas-Starck also discussed greater information given to students before studying abroad to ensure knowledge of the risks.

“We will be communicating with all the students and their families to ensure that they understand that there’s a higher level of alert in the world and that should students not be comfortable traveling for safety reasons that they do not have to and that they can drop out of the program without penalty.”

Thomas-Starck’s Office of International Study also monitors situations in all study abroad areas before and during trips. She also said they aren’t afraid to cancel trips last-minute if safety concerns arise. Wellesley students are insured by a Travel Assist program managed by ACE U.S.A. and Europ Assistance. The program ensures evacuation in the case of any type of crisis. Thomas-Starck said students were evacuated during the Arab Spring, when political unrest in the Middle East and North Africa heightened the lack of security in certain study abroad destinations. 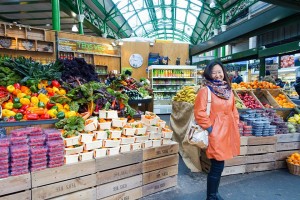 Victoria Yu ’16 studied abroad in London this Spring where she said she felt fairly safe. “The Paris Attacks were hard to hear about but after seeing and hearing so much about issues happening around the world, it took me a while to actually process the attack.”

Yu said the first thing she thought of when she heard of the attacks was a friend of hers in London who worked for the Scotland Yard in London. He told her how “he couldn’t wait to end his time stationed in London due to the kind of security reports they were receiving.” After the attacks in Paris, Yu realized how little civilians realize the threats that law enforcement receive in cities such as London or Paris. The Paris attacks, to her, were “an example of what happens beyond our knowledge.”

The terrorist threats in Europe and throughout the world have not necessarily shifted policy at the Office of International Study. There is only greater caution leading up to and throughout students’ time abroad. Keeping students safe despite risks abroad is nothing new to Thomas-Starck or the International Safety Committee. She said that most students don’t want to study in less stable or more dangerous parts of the world, but there are always exceptions. For example, despite the U.S. State Department travel warning in place, Israel is a popular place to study abroad. Students wishing to study in Israel or elsewhere with a safety warning must petition and present their plans to study abroad to the International Safety Committee. The petition form is found on the Forms and Resources page of the Office of International Study webpage.

“The student would have to show that she’s informed about what the risks are and she would explain what security measures are in place at her program, that she’s comfortable with those risks and that she’s got a plan in place to stay as safe as possible,” Thomas-Starck said. The International Safety Committee must also be comfortable with the risk. Thomas-Starck noted that so-called “safe regions” might be a little less safe. “I wouldn’t say it’s safe to go anywhere. Just travel abroad, you can never say ‘well, it’s safe.’ We’ve had these incidents in Paris but then over the weekend there was a lot down in Brussels… those are not the places where parents usually say ‘I don’t want my daughter to go study there,’” she said, adding that parents are usually more uncomfortable with their students studying in the Middle East or in Sub-Saharan Africa.

“Right now, we’re looking at Europe and right now that’s getting a lot more attention because there are so many more students who go there and families have traditionally considered those to be safer destinations. But I wouldn’t say, given what we’re seeing in the news and around the world, that there is any place that is certainly a safe place to go,” Thomas-Starck added.