Blue Athletics continued their dominance in NCAA play this past week with big victories from the volleyball, soccer and golf teams. 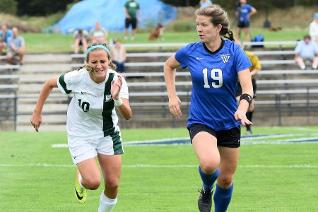 The Wellesley soccer team suffered two losses to Lesley and Endicott last week but recovered with a dominant 3-1 win at home versus Emerson on Saturday. Junior Melise Knowles and Senior Maddie Carlborg both scored, while first years Deyanira Ibarra and Julia Jung recorded their first collegiate goal and assist, respectively. With the win on Saturday, Blue Soccer has a 5-2 record so far this season with a loss this week to Lasell College. They have also beaten Simmons, University of Maine at Farmington, and Elms in their first three games of the season. Next week the Blue will take on Brandeis at 4 p.m. on Tuesday, Sept. 27. 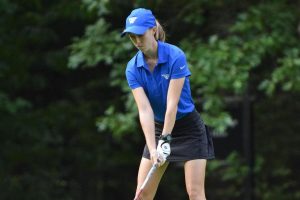 The Wellesley golf team posted a strong start to the season in their first tournament on Sept.10, coming in first place and setting the team’s best record with a score of 316 overall. The entire team shot very well in this tournament, and Wellesley finished the day with all seven team members as the day’s top scorers. This weekend, Wellesley Golf played the annual Ann S. Batchelder Invitational and took home fifth place, beating both Mount Holyoke and Vassar. The team scored a 655 overall after two days of competition on their home course. Led by head coach Sherry Makerney and junior captain Maya Muldowney, Wellesley has a young but talented team of golfers this year. They are scheduled to play at the Mount Holyoke Invitational next weekend in South Hadley, MA. 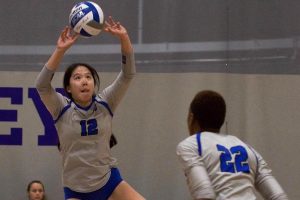 The Wellesley Volleyball team spent the weekend at the Emory Invitational in Atlanta, GA, where they picked up two wins versus Maryville College (TN) and Covenant College (GA). First year Kennedy Ulfig recorded a double-double with 13 digs and a season best with 13 kills during the Blue’s match against Covenant College on Saturday. Junior Alina Mota led the Blue defense against Covenant with a match high 21 digs and four aces. Blue Volleyball also beat Emerson College last Tuesday to improve to a 7-4 record overall heading into this week. The Blue will play Wheaton College at home at 7 p.m. on Tuesday Sept. 21 and will play Babson College away at 7 p.m. on Thursday Sept. 23. Saturday, Sept. 24, the Blue will head to Worcester, MA to play WPI and Rivier University.