At Senate on Oct. 31, members of the Student Athlete Advisory Committee (SAAC) and members of dance organizations on campus voiced their concerns about the lack of visibility of sports and arts at Wellesley College. The student representatives gave information about their respective organizations and asked for suggestions from Senate as to how they could increase student turnout at games and performances. Senators offered numerous suggestions such as punch cards to The Hoop or El Table for attending games and creating traditions that celebrate sports and the arts on campus. 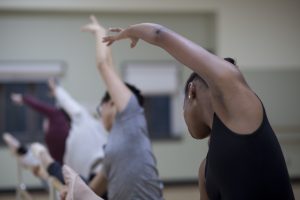 “At Wellesley, there’s a general lack of understanding and appreciation for dance and for how much dance means to those of us who have been doing it for years. This flows into the visibility issue where most of the people who even know our dance community exists are those who are in it. This creates an even larger problem because without the necessary resources and support, it’s practically impossible for us to continue growing and strengthening Wellesley’s dance community.”

Mel Passaretti ’18, Vice President of Ascendance and Publicity Chair for Wellesley College Dancers, agrees that there is an issue with visibility on campus. She claims that most students are surprised to know that there is no dance major or concentration within the Theater Studies Major offered at Wellesley.

“People who are not dancers don’t tend to realize the fact that we don’t have a dance department. So, sometimes when I say that I’m going to dance rehearsal, one of my friends would be like, “Are you planning to major in dance?”, and I’m like no, we don’t have that department there.”

Passaretti is concerned about the lack of support for dance groups on campus from the administration. She would be in favor of any support the college would be willing to offer.

“Right now, we really just have the minimum in terms of dance. Literally anything would be good,” commented Passaretti.

Somé Louis ’17, the president of Ascendance, believes that more community involvement and enthusiasm for the arts would help with visibility on campus.

“Right now, we basically operate on our own. Everything is run by the students on campus, and so I think that if we can get the entire community involved. We have a strong community of dancers within Ascendance, and I think within some of the other dance orgs. But if we can get the larger campus community to know that there is dance on campus, to be involved by coming to shows and interacting with us.” 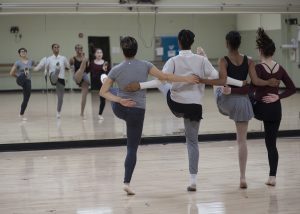 Sports Teams face the same issues and Dance organizations in regards to visibility. Kelsey Moran ’17 wrote in an emailed response that although sports such as Quidditch are popular because of their pop culture relevance, her other sport, water polo, is not visible on campus.

“The Quidditch team is generally well recognized on campus due to its uniqueness, but the water polo team often struggles with visibility. Many people have either never heard of water polo before or never seen a game, as it is not as popular on the east coast as it is in other parts of the country. As a result, it’s difficult for us to recruit new players each semester,” wrote Moran.

In order to increase visibility on campus, the water polo team has maintained an online presence and hosting open meetings throughout the year. There is still the issue however, of not reaching a large audience.

“I think that visibility on campus, especially among the student body, has always been an issue for the club water polo team. In the past, we’ve tried to combat this by increasing our advertisements for our open meetings as well as frequently maintaining our online presence during our spring competition season. I think that these techniques have helped spread the word about the water polo team, but our work definitely isn’t done.”

In regards to immediate changes that can be made to combat the issue, Zhu stated the involvement of College Government and the student body is very important.

“I hope that we can keep this conversation going and continue receiving support from CG and the wider student body. Support and attendance at our performances means a lot to us.” 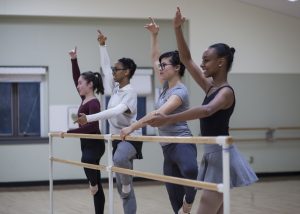 “In a perfect world, Wellesley would have a dance department or some incorporation of dance within the arts department. Even when prospective students are asking me about the dance opportunities at Wellesley, it’s hard to admit that we don’t have the resources for them to continue this big part of their life.”

Moran also hopes that College Government and the administration can help make sports a larger part of the Wellesley Community.

“I hope that College Government can help promote awareness of performances and competitions taking place on campus, so that turnout for these events can be higher and made up of a more diverse group of the Wellesley body.”