According to Dean of Admissions and Financial Aid Joy St. John, the admissions rate is not completely set at 21 percent. Depending on the number of students who commit to Wellesley this May and the amount of students accepted off the waitlist, the number could increase.

Wellesley’s website reported that 5,700 students applied to Wellesley this year which is a 17 percent increase from last year and a 39 percent increase overall in the last 10 years. This class also has admitted students from all 50 states and 42 different countries.

In the southern United States in particular, the applicant rate increased 25 percent from last year. According to Cassandra Cronin ’19, a student from Johns Creek, GA, the spike in applications from the south is surprising.

“It was actually extremely surprising to me that the number applications from the south increased by so much. Wellesley did not come to my high school, and I did not hear about them visiting any other high school in my area. Most people in my community still do not know about Wellesley, and I didn’t even know that two other students attended Wellesley before me.

One big aspect of college that a lot of people in my community were concerned with was getting a great education while not having to pay so much for it,” Cronin said. 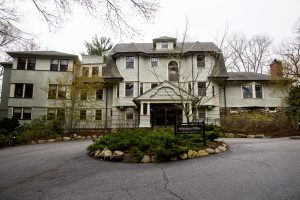 There has been speculation as to why Wellesley has become a popular school to apply to in recent years. Besides having a free application on the Common Application, Wellesley has also decided to forgo its SAT II requirement for the class of 2022. Dean St. John believes that no longer requiring the SAT II will make the college more accessible and attractive for prospective students.

“We may see an increase in applications next year with the College’s decision to eliminate this requirement. The Committee on Admission and Financial Aid recommended this change in order to ensure that our admission requirements remain competitive with those of our peer colleges and universities (most of our peers have eliminated the SAT II requirement in the last two years) and to improve access for applicants with financial and/or logistical barriers to sitting for two separate tests in order to meet our application requirements,” Dean St. John said.

Student Helen Korte ’17 believes that the increase in applications to Wellesley has to do with current events such as the success of The Wellesley Effect fundraising campaign and Hillary Clinton’s ’69 run for President of The United States in 2016.

“Wellesley has had increased number of applications for years, but this year was a surprisingly high increase compared to previous years. This probably has to do with a few things: Wellesley has been incredibly successful in the publicity of the Wellesley Effect campaign, Hillary Clinton’s run for President drew attention to hertime at Wellesley, and Wellesley has risen in college rankings,” said Korte.

Dean St. John believes that there has always been an interest in Wellesley from prospective students because of Wellesley’s reputation as a prestigious college.

“There has always been strong interest in Wellesley as a college choice. This is primarily due to our great academic reputation and dedicated faculty, our commitment to need-based financial aid and meeting students’ demonstrated financial need, the appeal of our diverse and engaged student community and the desire to access and contribute to the powerful Wellesley alumnae network,” she said.

According to Dean St. John, the other colleges in the seven sisters (Barnard, Vassar, Smith, Mount Holyoke, and Bryn Mawr) have experienced decreases in admissions rate, but the final numbers will not be available until the fall after the colleges know the final numbers for the incoming class.

“We will all publicly report our final application numbers and admission rates in early fall. However, I do know that most of the sister colleges have experienced continued increases in applications in the last several years. I, and others, have said before that this feels like a transformative moment in time for women’s leadership; the appeal of women’s colleges is an important sign and product of this moment,” Dean St. John commented.

Korte believes that women’s colleges such as Wellesley are gaining popularity because they are being considered at par with other co-ed institutions.

“I think it is a shift in how we approach topics like gender. I think people are beginning to realize that women’s colleges should not be considered differently than how we would consider a ‘co-ed’ or non-women’s college. Historically, I think it was a qualifier and now I think it indicates an awareness,” remarked Korte.