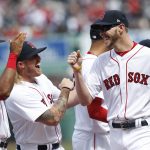 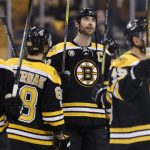 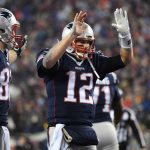 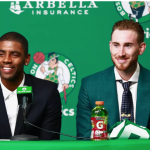 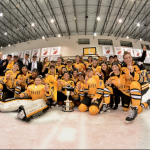 
It is officially October at Wellesley College. ’Tis the season of changing leaves, Halloween festivities and exciting professional sporting events. Lovers of baseball, football, basketball and ice hockey can look forward to supporting the premier level teams in the greater Boston area this month.

The New England Patriots have a sixth Super Bowl in sight. They began their 2017 campaign on Sept. 7 with a 42-27 loss against the Kansas City Chiefs. With a 2-2 record, the team is currently tied with the New York Jets for third place in the AFC East. They will travel to Tampa Bay to play the Buccaneers on Oct. 5. The most highly-anticipated matchup of the regular football season will take place on Oct. 22 when the Patriots face the Atlanta Falcons at home for the first time since the 2016 Super Bowl.

The Boston Bruins finished their 2016-2017 campaign with a 44-37 record and clinched the fourth place spot in the Atlantic Division. They begin their 2017-2018 regular season on Oct. 5 with a home game against the Nashville Predators. Their second matchup of the season will take place on Oct. 9 against the Colorado Avalanche at home.

Boston Pride is one of the four teams that participates in the National Women’s Hockey League, which was founded in 2015. They were the first team to win the Isobel Cup in the 2015-2016 season and made it to the finals in the 2016-2017 season. The Boston Pride hopes to make history in their 2017-2018 campaign by becoming the first team to win a second Isobel Cup. They will begin their season on Oct. 28 with an away game against the New York Riveters.

The Boston Celtics ended their 2016 campaign with a 117-104 loss against the Cleveland Cavaliers in the Semifinals of the NBA playoffs. Their 2017 campaign began on Oct. 2 when they hosted the Charlotte Hornets for a preseason matchup. The Celtic’s first regular season game will take place on Oct. 17 with an away matchup against the Cleveland Cavaliers.

Students at Wellesley College should take time out of their busy schedules this month to support Boston’s many professional sports teams as they begin and finish their 2017 campaigns.