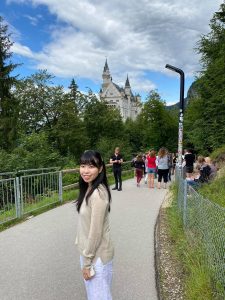 Three is the number of countries and weeks it will take for Mai Ogiuchi ’23 to return to Wellesley for the 2020-21 school year. Ogiuchi, whose family lives in Germany, was initially unsure of how she would be returning to the U.S. after a travel ban was issued on July 15 that bars foreign nationals who have been in one of 34 countries for the past 14 days — including Germany — from entering the U.S.

International students studying in the U.S. face unprecedented challenges this year. Another notable obstacle emerged in early July, when the U.S. Immigration and Customs Enforcement Agency (ICE) attempted to crack down on student visas by requiring international students enrolled in American schools to take at least one in-person class or risk voiding their visas. The controversial decision was challenged through a joint lawsuit by Harvard University and M.I.T. on July 9 and eventually overturned on July 14. Wellesley was one of 59 colleges that filed an amicus brief supporting the lawsuit.

“I got pretty anxious … when there was the issue with ICE because I wasn’t sure if I would be able to go to the US or not,” Ogiuchi said.

It was not the only thing she worried about. When other students were preoccupied with housing and course registration, Ogiuchi poured through documents from the U.S. Embassy to ensure that her visa status would be secured and struggled to find the flights she would need to travel from Germany to the U.S., given their limited supply.

“It kind of stressed me out a bit,” Ogiuchi said. “My parents and I spent a lot of time on the paperwork … and I think from that perspective, I went through a little more [work than a domestic student].”

Because Ogiuchi is a Japanese citizen, she was able to fly from Germany to Japan on Aug. 9. She is currently quarantining alone in an Airbnb for the requisite two weeks under Japanese law, after which she expects to fly to Massachusetts on Aug. 26.

Teresa Xiao ’23 shared a similar experience. As a Canadian citizen who currently resides in China, she was able to secure a flight from Shanghai to Vancouver on Aug. 1 at a high cost. Tickets are both exorbitantly expensive and hard to come by; according to Xiao, a $800 plane ticket now costs around $3,700. 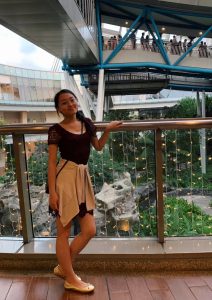 When Xiao finally returns to Wellesley on Aug. 25, she will have spent nearly a month in isolation in Vancouver.

Xiao ultimately decided to return to Wellesley despite these hardships because of her experience with a remote semester last year.

“The second half of spring semester was a bad experience because of the time zone difference, slow wifi and the [Great] Firewall. I kept getting stuck and missed a lot of lecture information, and I couldn’t download any of the softwares I needed for class,” Xiao said. “Choosing to leave home was a hard decision. I miss my family, the comfort of home, but I’m doing it for a better education.”

Xiao and Ogiuchi are among just one-third of international students expected to return to campus for the fall semester according to Tana D. Ruegamer, the director of the Slater International Center. 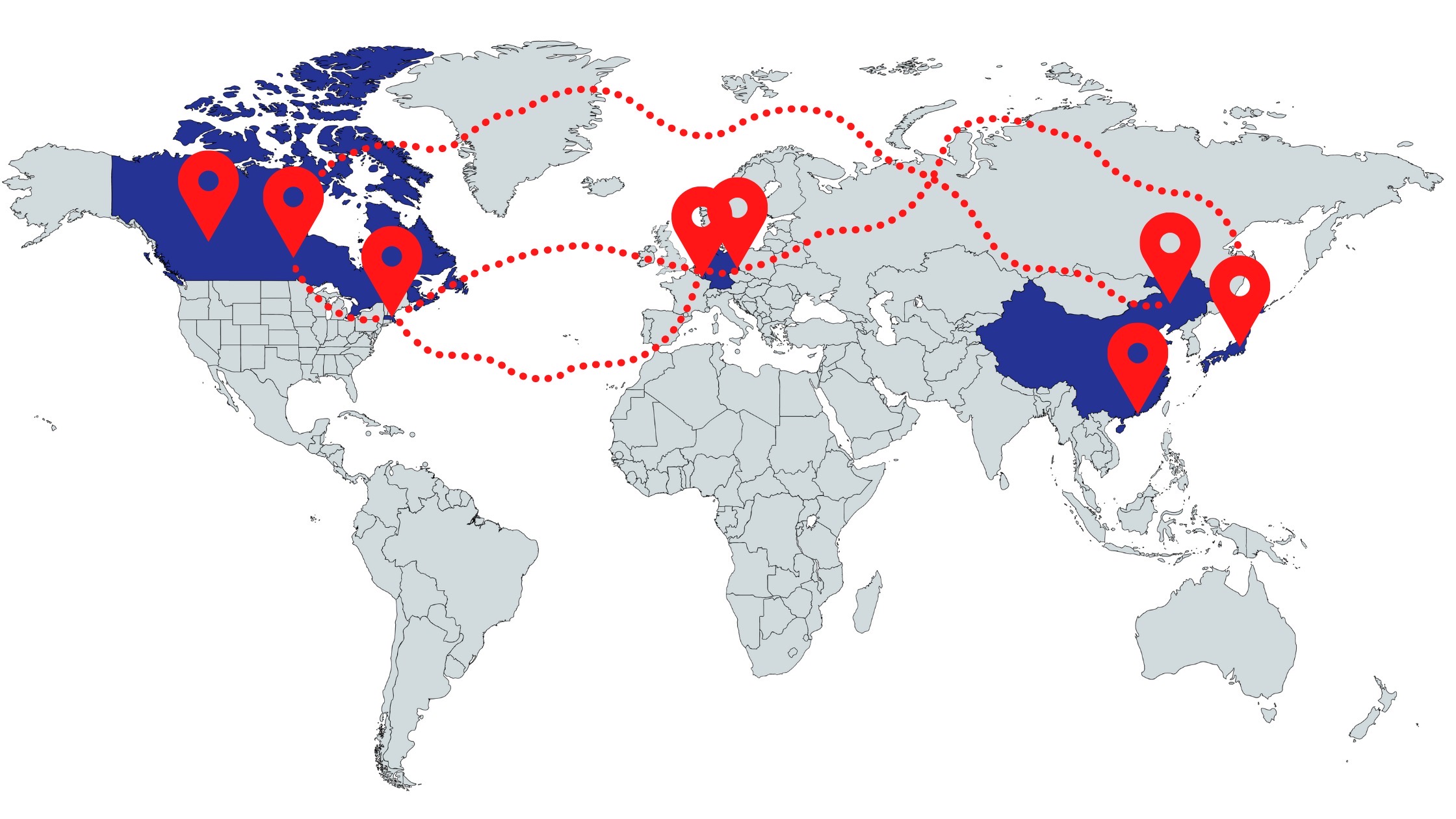 Some students traveled many weeks across many continents to reach Wellesley. Graphic by Sophia Greenberg ’21

Chinese students, excluding those from the Special Administrative Regions of Hong Kong and Macau, made up roughly 32 percent of the international student population in Fall 2019 and are the largest demographic of international students at Wellesley affected by the travel ban, followed by students from the European Schengen Area and the U.K. (9.7 percent).

Astrid Lawyer ’22 lives in Luxembourg, one of the countries in the Schengen Area. Lawyer, a junior, will be returning to Wellesley in the fall semester and staying for the entire year.

“I have to come back [early] because the E.U. is considering shutting down all borders to the U.S.,” Lawyer said. “Travel will become unaffordable … If the border is closed, my parents are worried there will be one flight a month [to the U.S.] and it’ll be thousands of dollars. That’s more money than I can spend to get me to college.”

Lawyer expects to remain at school for wintersession and the spring semester. It is likely that she will not be able to return home to Luxembourg until a COVID-19 vaccine is widely available.

“We just don’t know when it will be possible for me to come back [because of the flights],” Lawyer said. “My mother is almost 60 and diabetic, so we don’t know if it will be safe for me to fly back.”

Students abroad with U.S. citizenships have found it easier to navigate travel bans and other setbacks to studying at Wellesley.

“Being a dual citizen [with an U.S. passport], the way Wellesley would talk about it, is a huge privilege,” a student, who wished to remain anonymous due to visa revocation concerns, told the Wellesley News. “If you don’t have it, studying in the U.S. under these circumstances is really hard. I don’t get affected by travel bans to and from the US, and I don’t have to worry about … [things like] the student visa ban.” 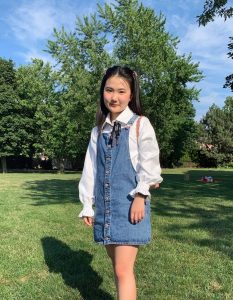 Photo Courtesy of Ashley He ’24

For Enya Chi ’24, Ashley He ’24, and the remaining two-thirds of international students, the obstacles were too much. The combination of high costs, travel restrictions, and the state of COVID-19 in the U.S., where domestic cases topped 5.5 million just yesterday, are all reasons why Chi and He will not be coming to Wellesley for the fall. He, who is from Canada, will not be able to step foot onto campus for the first time until her sophomore year.

“If I were to fly to Wellesley, the ticket would be around a thousand dollars,” said Chi, an international student from Hong Kong. “Visas are expensive. And if you add quarantine housing to that, it would be another thousand dollars.”

Both share reservations about what a remote first year will mean for their quality of education and social life. First-year students studying remotely have found that many classes, including introductory courses, are already overflowing with waitlist registrations. Even classes with reserved seats for first-years only leave two or three seats open, making class selection extremely stressful.

“Everyday I worry that I’ll fall behind because it seems like every class is full, and I’m just going to have to take the leftover classes with subjects I’m not good at or not interested in,” Chi said. “I’m also worried that it’ll be harder to socialize. I’m not very sociable, since I’m more of an introvert, so it’s harder for me to get to know other people.”

He, however, remains more optimistic.

“I think not being able to take many of the classes I’d intended to is both a blessing and a curse, since now I’m able to explore other courses that I wouldn’t have thought about originally,” He said. “I’m a little bummed out that I’m only going to be spending three years at Wellesley … [but] I’m making the most of it. Wellesley is more about the spirit and community than just the campus itself.”