Heartbreak is in the air this season as Wellesley students begin the process of moving back to campus for the 2020 fall semester.  Over one-fourth of student relationships are intra-campus, according to a survey conducted by the News on “W*ll*sl*y Twitter”. With strict social distancing measures as a result of the COVID-19 pandemic, however, maintaining a campus relationship is harder than ever.

For this Artichoke feature article, the Wellesley News scientifically collected eight reasons why your next on-campus romance is doomed to crash and burn:

It’s estimated that one-half of long distance relationships will ultimately end in failure, according to various studies on the subject. Lack of communication, loneliness and uncertainty can wear down even the healthiest of relationships, say experts, and no matter how hard you try to make things right they will go terribly wrong. So if you and your significant other find yourself split between East Side and West Side this year, be prepared to cry six feet from your beau over a Grab & Go meal while your five blockmates awkwardly crowd around and hand you paper towels from the fresh new stack the administration has finally started providing in dorm bathrooms.

If you’re a night owl dating a crew rower, forget ever seeing them in person — texts and calls will become increasingly sporadic with your vastly different schedules. You may even be blockmates this year, but does she even exist … or was she merely a figment of your sleep-deprived madness?

You’re not in the same block as her this year, but her “friend” Sarah is, the one she told you not to worry about when you confronted her at the beginning of the semester. So now you have you to watch across the dining hall as Sarah jokingly feeds her a bite of Joe’s fried rice on a contaminated spoon, despite this act being a blatant health hazard and therefore violation of honor code. But when you report Sarah to the Dean like the concerned Wendy you are, somehow you’re the bad guy?

Yeah, you’re voting for Biden this election, but you just found out the person you thought was the love of your life actually supports his policies.

Your lovely girlfriend recently changed her tagline on LinkedIn from “Econ Major at Wellesley College” to “Investment Banking Analyst”. Should you be concerned at this sudden shift? Five weeks ago, you remember her telling you that she would never support the corrupt capitalist establishment that cost millions their jobs and life savings during the Great Shutdown. When you go to question her now, she tells you she just wants to “change the sssystem from the inssside”.

You’re getting pretty sick and tired of all the unoriginal ‘snake’ jokes she won’t stop throwing at you because of your Econ minor. Never-mind that instead of achieving her dreams of being a foreign diplomat with her political science degree in twenty years, she’ll be lobbying in Congress for Big Tobacco instead. Who’s the sellout now?

This September is slated to be colder than average, according to the Old Farmer’s Almanac, which means cuffing season is likely to start a month earlier than normal. You’ll both pretend this relationship means something more when you both know it won’t last past the warmer-than-average October. 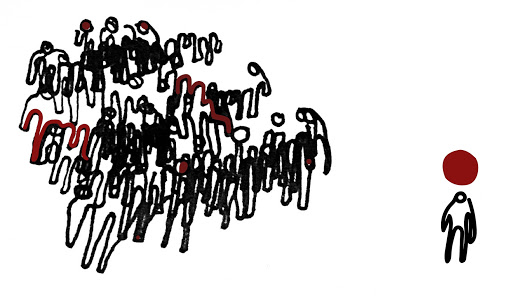 Thanks to that infamous quote from the NYC Department of Health, as reposted by Wellesley College, your more adventurous plans have officially been cancelled and your disappointment is immeasurable. With no means for venting out your sexual frustration, you’ll have to make do with emotional intimacy instead. Schoolwork, extracurriculars, and now feelings? No thanks.