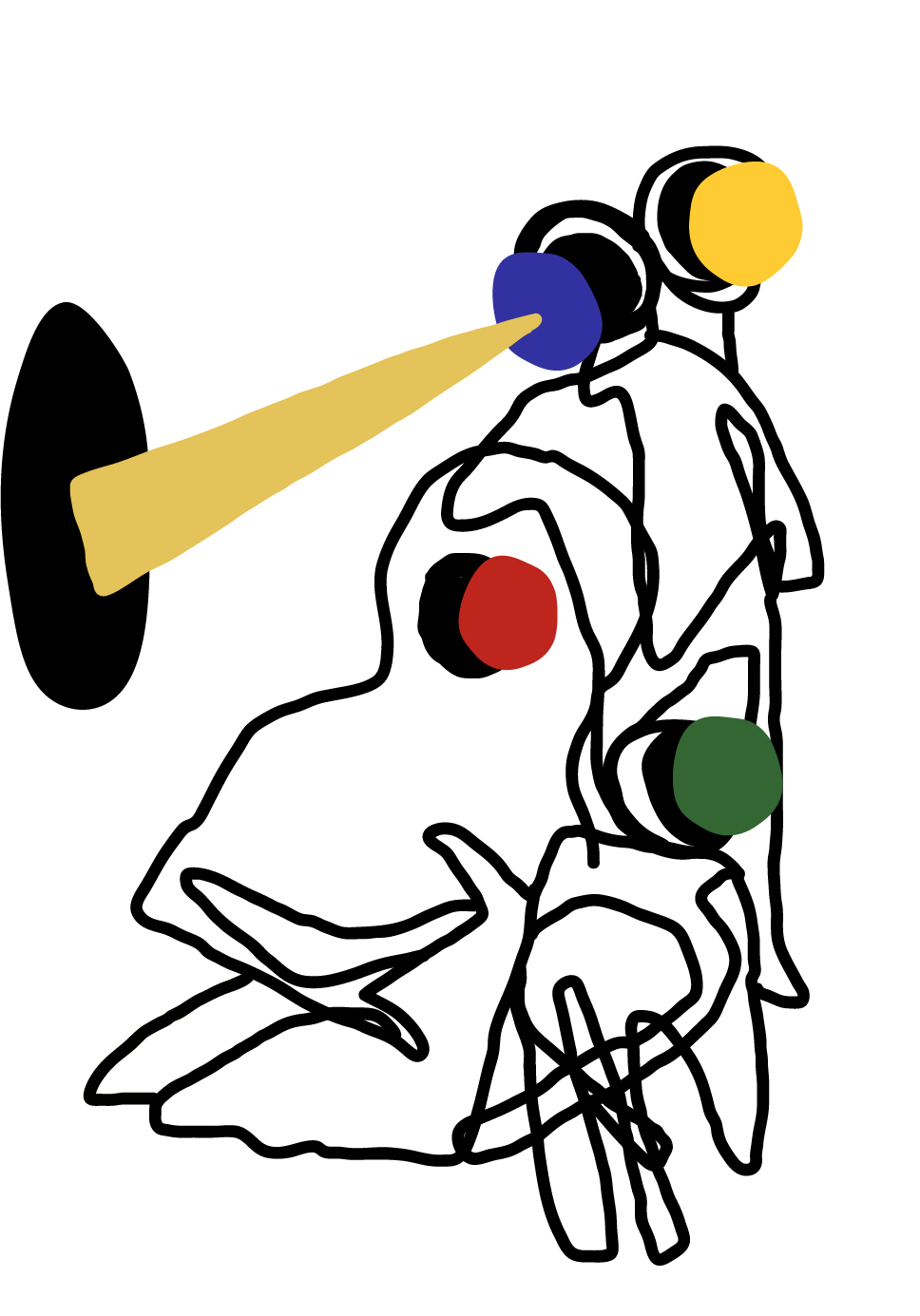 After finishing last semester, I was tasked with the milestone of cleaning out my parents’ home for their empty nest move. For days, I sifted through my childhood bedroom, uncovering evidence of my middle school and high school emo phases. The shirts, CDs, posters and tickets I found drew me back to a period of time I had forgotten. Since then, I have found solace in revisiting the bands and pop culture that I spent my teenage years in. These bands and albums have provided me comfort in the unexpected while encouraging introspection in the way emo demands.

I am not alone in what I have termed “emo revivalism.” Throughout the pandemic, pop culture outlets have been reporting on the wave of reinvigorated interest in emo music and culture since March as people return to the familiar and reliable during the pandemic. My peers experiencing the same newfound interest in high school emo have referred to it as almost a coping mechanism or an outlet to express the complex emotions springing from the moment. Emo lyrically follows themes of grief, friendship, identity, anger and love, all of which are emotions I have struggled with over the past several months. There was a reason these albums interested me as an adolescent. Now that I am the same age as the artists when they wrote these songs, I have developed a refreshed understanding, one applicable to current circumstances.

Emo itself as a concept is difficult to pinpoint, which benefits the phenomenon of “emo revivalism:” its definition is personal and private to everyone. The way I see it, emo falls into three categories: the music itself, the emotions and the aesthetics. In theory, emo is a subgenre of post-hardcore, categorized by its emotionally wraught, almost confessional lyrics. The genre originated in the mid-90s and was filled with bands like American Football, Jawbreaker and the Promise Ring. With the genre’s underground success in the early 00s, bands like Dashboard Confessional and Jimmy Eat World hit the mainstream and ultimately inspired the more iconic emo bands, like Paramore, Fall Out Boy and My Chemical Romance, which ultimately inspired this article. For the purists, I will note that the bands I am about to discuss are not true, original emo, but rather artists that encapsulate the lyrics and aesthetics of the genre.

Paramore is the natural band to start with when delving into emo’s effects now. Fronted by Hayley Williams and her iconic, 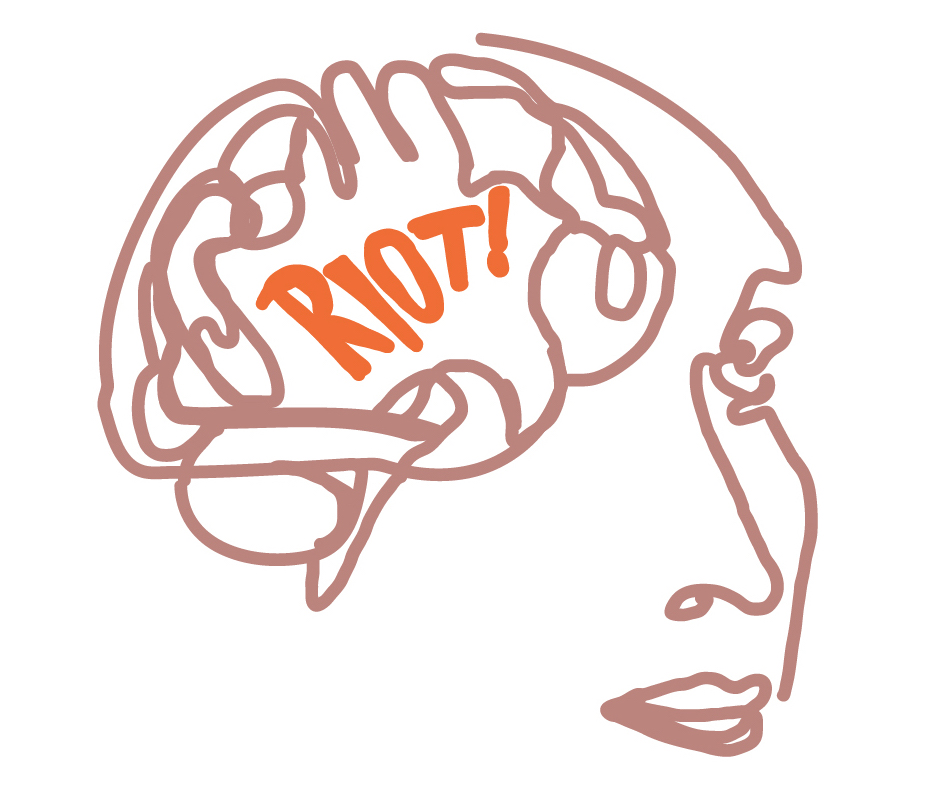 electric hair, Paramore has infiltrated pop culture more than any other emo band, and has proved itself relevant over and over again. Many associate Paramore with the emo scene, others associate the band with “Twilight” (2008) or Tiktok, all with good reason.

Over my emo revival I decided that “Riot!” (2007), the band’s sophomore album, encapsulates the frustration and complexities of teen angst in a way that is simply not comparable to any other album of the time or genre. It is unapologetically self-obsessed and self-explorative as the lyrics offer solace amongst feelings of pubescent misery. The album has since spurred a lot of self-reflection from the band, causing Williams to retire their most popular song, “Misery Business,” in 2018. The song grew in controversy as people analyzed the internalized misogyny embedded in the lyrics, which were initially written when Williams was 13. Williams, now 31, has spoken at length about the importance of understanding different people’s perspectives and considering the feelings of others rather than immediately villainizing them. Throughout the pandemic, this album supported me in reflecting on my own difficult emotions as time in quarantine passed. “Riot!” prompts authenticity in a way that only an album popularized by teenagers can, and it was beneficial in periods of pandemic-induced isolation.

Beyond Paramore’s success, Fall Out Boy is largely credited with popularizing emo stylings for the mainstream. They were marketable, ready for radio time and have had a very identifiable sound since the beginning. While they are not musically emo, they are lyrically, which is why I have included them in this list. The aspect that has always drawn me into Fall Out Boy’s albums is the obsessive rewriting of their lyrics. Fall Out Boy has benefited from their clever turns of phrase and diary-like thoughts that separated them from others in the genre.

In comparison to their later works, “Take this to Your Grave” (2003) is noticeably youthful and reckless. This is the first album that I revisited and realized that I am the same age as the band members were when they created the songs. This made the lyrics and the sentiment immediately more recognizable and more meaningful. Our phases of life were not too far off, our emotions are still comparable. As Fall Out Boy’s first studio album, “Take this to Your Grave” lyrically explores the emotional complexities of your early twenties: the frustrations of not knowing what to expect next, reliance on found family and the fears of staying complacent.

I have found that in my own life, the album’s self-analysis is comparable to the emotions and concerns brought on by the pandemic and its social consequences. The lyrical introspection and the frustrated sadness in the delivery mirrors my months away from Wellesley. Unlike the other albums I have been revisiting, there is a specific feeling of longing produced by Fall Out Boy’s lyrics. 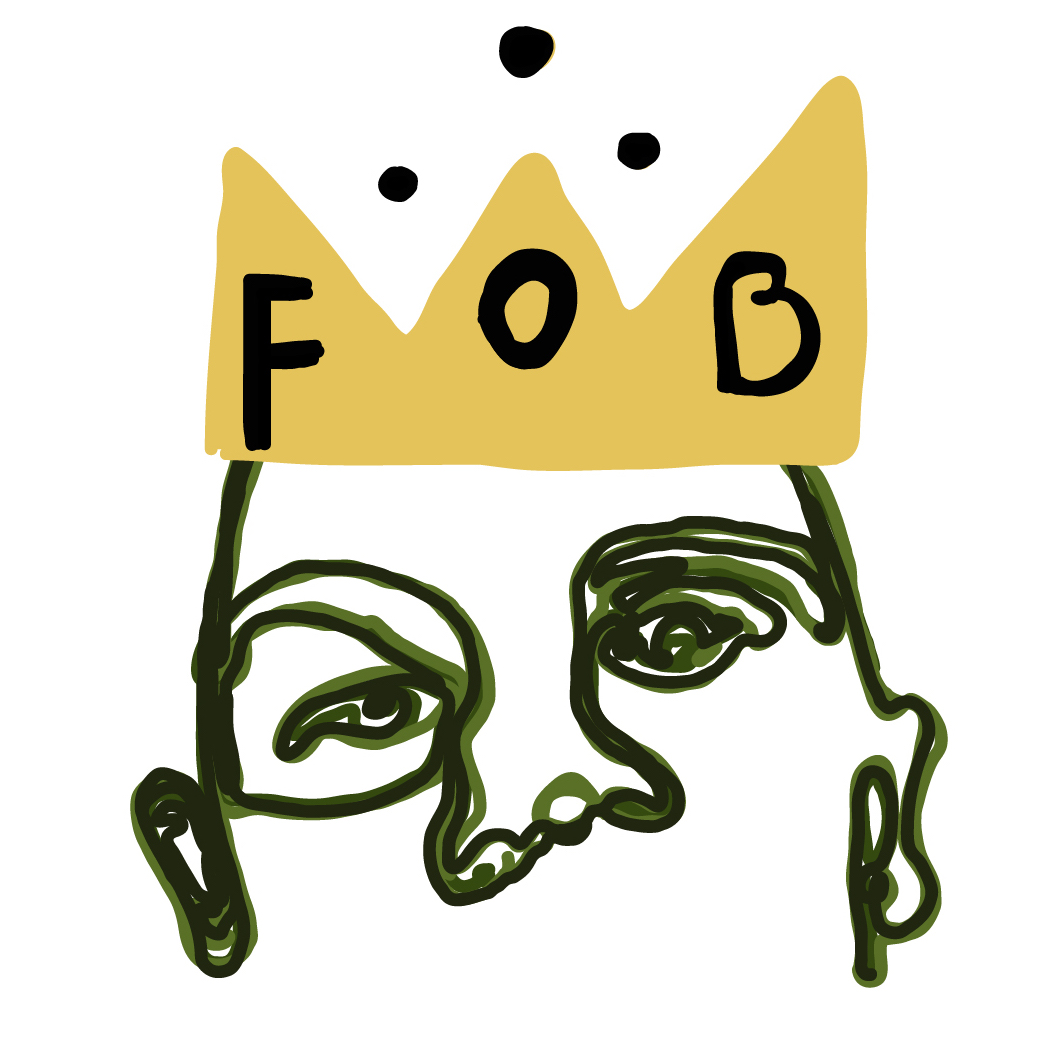 Their (best) song “Saturday” was the first song in my emo revival that specifically connected me to the sadness and disappointment I felt after we evacuated campus last year. The lyrics that stood out to me immediately were the opening lines, “I’m good to go / And I’m going nowhere fast.” These words remind me of missed connections and offer a hope for an escape from reality. In my younger years I applied the song to my visions of college and thoughts on my future. Now I apply them to my past, what I felt like I missed or who I missed in this change. The continued relevance of this album in my life, especially throughout the tragedy of the pandemic, has proven the influential nature of this work and the personal nature of the genre.

The band that has most prevalently returned to my everyday rotation is My Chemical Romance. My Chemical Romance reunited on Halloween of 2019 and later announced a return tour (which I immediately bought tickets for). If you saw someone dressed up as the concept of My Chemical Romance last Halloween, that was me. My Chemical Romance occupies a specific part of my heart and my brain that is unshakeable. I have found that in times of quarantine and solitude on campus, that they are still very much relevant to my life, in fact, they might be more relevant than ever. This is admittedly embarrassing, now that I am a senior and I am slowly approaching graduation, not a middle schooler crushed over her first break up.

I find it personally interesting that the album I connected with most in my teenage years and the album I have connected with most throughout 2020 is their sophomore album, “Three Cheers for Sweet Revenge” (2004). However, I have found new meaning in their lyrics and performance. For readers not acquainted with this masterpiece, it is theoretically a concept album about star-crossed lovers. Throughout the album, the lyrics are dramatic, the guitars utterly scream and the performance shifts between a genuine softness and furious hysterics. However, in practice, it is an emotionally-raw record about grief and friendship as time moves forward. These focuses uphold two critical aspects of my year. Like my experience through pandemic-induced isolation, “Three Cheers for Sweet Revenge” encourages introspection. The album explores grief and offers a slow but definite recovery. This album has made, what I will call, emo history, by perfectly encapsulating the feelings of misery and melodrama the genre is attuned to, but instead of satirizing it and belittling complicated emotions, the band takes it extremely seriously and provides an outlet crucial even now.

The lasting impact of emo in music today is almost impossible to measure. Pop culture now is heavily informed by the bands and aesthetics of the genre, and the impact of these albums are inescapable. I encourage partaking in emo revivalism. Maybe 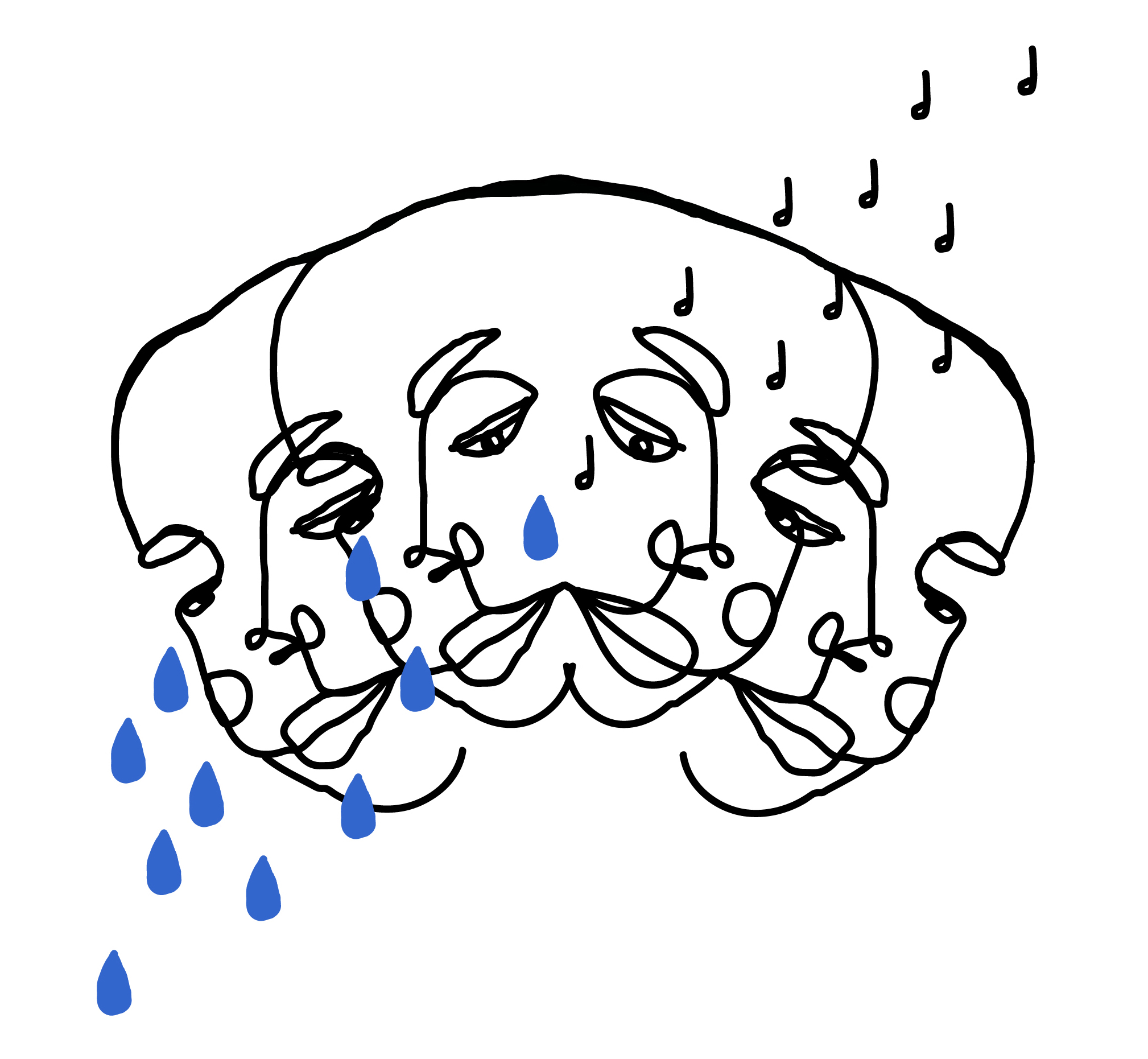 your personal emo revivalism is not emo itself, but let it be something that allows you to explore your emotions in a reflective space. The pandemic is full of global complexities and personal emotions, so let yourself be comforted by what makes you happy. Revitalizing my interest in and reliance on emo has been extremely beneficial for my life’s transitions throughout the year, as well as purely fun. Emo is unapologetically honest as well as the perfect space for looking at personal growth. I remember once, after I told someone I was emo in high school, that they looked at me for a moment and then they told me with a kind smile that they could tell because it radiated off of me. I think about that moment a lot and I love it, especially now. The take away from this? Without being dramatic, embrace what you love. Revisit what you loved. Grow with what made you, you. Maybe give emo a try.