On May 12, Professor Nadya Hajj wrote an impassioned plea to Wellesley faculty, asking them to raise their voices in support of Palestine in the wake of the heightened violence by the state of Israel in Palestinian territories in the preceding week.

“I am tired of people refusing to publicly declare that Palestinian lives matter on this campus,” she wrote. “Some on this campus have whispered to me in hushed tones, ‘I am sorry for what is happening.’ I suspect some fear that saying it negates the value of Israeli life. Do you fear saying Black Lives Matter negates the life of a white person?”

Amid a month of rising tensions, in early May, protests began in the Jerusalem neighborhood of Sheikh Jarrah over an impending decision from the Israeli Supreme Court on whether to forcibly remove six Palestinian families from their homes. This eviction was condemned by the United Nations Committee for Human Rights, who emphasized that international humanitarian law applies to Sheikh Jarrah, which is part of Palestinian occupied territory, and that the actions of the Israeli government there could be considered a war crime. Israeli officials called it a “real-estate” dispute.

The decision was delayed by a month to be reviewed by the attorney general, prompted by the controversy surrounding the case. Many protesters in Sheikh Jarrah shared live updates on their social media feeds, with the hashtag #SaveSheikhJarrah. On May 7, Israeli forces raided Al-Aqsa mosque, where people were gathered to observe the last Friday of the holy month of Ramadan, leaving hundreds of Palestinians injured. The raid marked the beginning of two weeks of Israeli airstrikes in Gaza and rockets fired by militants from Gaza. A ceasefire went into effect on May 21, after at least 240 Palestinians were killed, including more than 60 children. 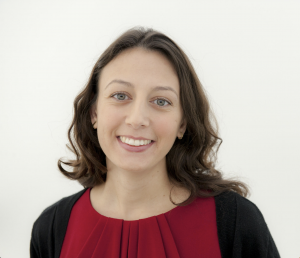 Although Hajj had not previously spoken out publicly about Palestine and her heritage, the silence of the Wellesley community motivated her to change that pattern. She is a sixth-generation Palestinian from the village of Samoie and can trace her family’s connection to Palestine from the events of the Nakba in 1948, the exodus of more than 700,000 Palestinians from their homes during the 1948 Palestine War, known in Israel as the War of Independence. Her family was eventually settled in a refugee camp in northern Lebanon called Nahr el-Bared.

“In 1948, when the Nakba occurred, or what Palestinians referred to as the Catastrophe, my father’s family witnessed the lynching of my dad’s uncle by a Zionist militia, [and when] my father came upon his body in the barn, they fled for fear of their lives to Lebanon,” she said.

The silence on campus regarding the status quo of Israelis and Palestinians today unsettled Hajj, especially given how members of faculty and administration spoke out in support of Black Lives Matter and the reflections on racial inequality on campus that followed.

“I was initially surprised about the level of quiet on our campus until I posted that email because this summer, I was truly heartened by the activism that explicitly said Black Lives Matter,” she said. “Given the deep history and allyship between Palestinians and the Black Lives Matter movement, which predates the most recent wave of protests, I questioned why there was so much silence among people that proclaimed so deeply the value of human life, of people that have suffered so greatly from injustice.”

However, Hajj noted that nationwide, perspectives on Israel and Palestine have shifted.

“I think the conversation about it in the United States in particular is occurring now because the United States itself is confronting its own racial injustice and structural violence affecting BIPOC in our country, and specifically the summer of 2020 with the brutal murder of George Floyd, in broad daylight,” Hajj  said. “I think it has given a new lens at which Americans can consider the experiences of Palestinians, and specifically Palestinian refugees.”

While public discourse may have evolved, the United States government still allies itself with Israel, and President Biden has been hesitant to criticize the Israeli government for their actions.

Wendy**, a Palestinian student, was not surprised by hesitation to be critical of the violence against Palestinians.

“I don’t expect the US to condemn this because if the US has to condemn this, then it has to reevaluate its own existence because the US, similar to Israel, is built on indigenous people’s land,” she said. “For me to expect them to be even critical of Israel is very unrealistic.”

Professor Hajj expressed her horror at the attack on Al-Aqsa mosque, especially in the holy month of Ramadan.

“The idea that someone who is fasting, while praying in Al-Aqsa mosque[,] can be shot upon and have tear gas thrown at them while they’re praying, and to see a video of right-wing Zionists cheering death to people while they’re praying during Ramadan, I can’t describe the horror that makes me feel,” she said. “[Not only] for the Palestinians, but [also] at the idea that the Israeli state would support such behavior.”

Wendy emphasized her admiration for the civilians who were attacked at the mosque, as they continued their prayer even while being attacked. She also noted the silence internationally at the destruction of the mosque.

“If I was to compare events, the Notre Dame was empty, and it got burned and it received millions of donations, [but] people there, [in Al Aqsa mosque] lost their eyes and have endured traumatic  experiences [which] are going to stay with them forever,” she said. “Shops are destroyed, small businesses are destroyed but we rebuild. But what’s going to rebuild our spirits?”

Wendy also protested against the depiction of the events as a religious “conflict” between Israel and Palestine.

Professor Hajj agreed with the sentiment. She firmly stressed that people do not have to understand every detail of the issue to be able to speak out.

“I think that it is deeply problematic to suggest that if someone doesn’t share the exact same viewpoints as me, then they don’t share the [same] truth of the world,” she said. “I think at the core, one can [speak out about] the exorbitant loss of life and the indiscriminate nature at which violence is being deployed.”

The discussion over Palestine and Israel has made its way into the Wellesley community as well. While student organizations like Wellesley 4 Black Students, Wellesley Students for Justice in Palestine and the Wellesley Arab Women’s Association have all released statements in support of Palestine, Wendy still hesitates and is not comfortable in speaking out about her experiences on social media and in class.

“I try very hard to separate people from their governments, but what I’m seeing right now is that people are manifestations of a bipartisan system in the US,” Wendy said. “Liberalism in the US is just as complicit. The definition of anti-Zionism is equated with anti-Semitism [here in the US]. At Wellesley, I’m feeling very unsafe in terms of everything that people are posting.”

She also disputed the argument that posting on Instagram and social media does nothing to bring change.

“I’m on social media 24/7 right now, trying to amplify Palestinian voices,” she said. “I have friends in Gaza who are actually asking me to keep posting, keep translating from Arabic to English, to show the truth. We can show them that we’re resisting and they can’t break our spirits at the end of the day.”

Professor Hajj knows that speaking out about Palestine could put her at risk, but she felt she needed to speak out about what is happening to her family and her people, for the sake of the next generation of Palestinians.

“I don’t know if I can look at myself in the mirror and not say something about the value of human life and Palestinian life,” she said. “It’s come to the point where this can happen and the world just blinks like you’re nothing. I look at my daughter, who is a seventh generation Palestinian from Samoie village, and I want her to live in a world where she doesn’t have the same fears as me, that she can raise her head and have dignity and know that being a Palestinian is a good thing.”