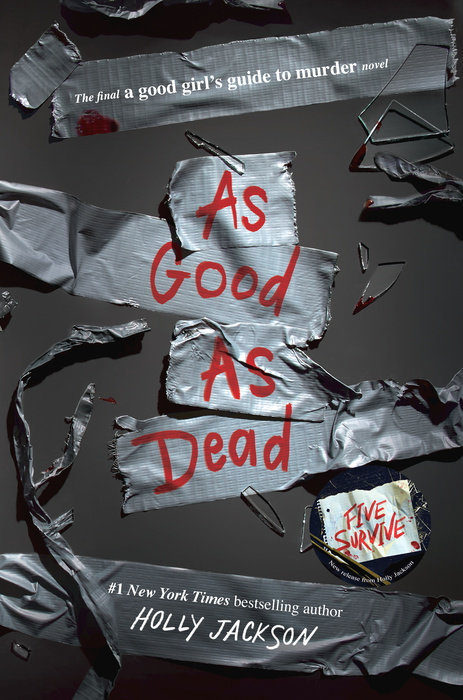 (Spoilers ahead for A Good Girl’s Guide to Murder and Good Girl, Bad Blood, the preceding books in this trilogy.)

As Good as Dead is the conclusion to the A Good Girl’s Guide to Murder trilogy, and is it cheesy of me to say it was … thrilling?

I’ve admittedly not been a fan of the series for that long. My friend urged me to read the series last summer, and I didn’t even pick up the second book until after my review copy for As Good as Dead was approved on NetGalley. But I’m extremely glad I got the chance to read an early copy; what a wild ride it was.

After Pippa Fitz-Amobi solved not one but two mysteries in her Connecticut suburb, you’d think her life would have calmed down a little. But instead, Pip starts to find mysterious drawings, cryptic notes and more — someone is stalking her, and they want her dead. Her boyfriend urges her to investigate, but as Pip begins collecting evidence, she quickly begins to dig a hole too deep.

I can’t say much more about this book without revealing any of the massive plot twists it goes through, so I’ll take the time now to praise Holly Jackson’s writing. Hints for the plot of As Good as Dead have been left in her previous books so subtly that I completely missed them until the book went full circle.

Plot-wise, As Good as Dead really makes you think about justice and morality, whereas the previous books in this series were a little more black-and-white. Because of the nature of the plot, this book strays a bit away from the typical format of a mystery (slowly gathering evidence to solve a case until you get a great big confession), and I think the unconventional structure is going to linger with me.

I’m going to be thinking about this one for a while. I have a feeling it’ll be the most controversial of the books in this series, but personally, I think the direction that Jackson took was the right one.