Over the past year and a half, as campus life has been disrupted and many Wellesley students have found themselves to be physically distant from one another, students have sought different ways to connect. “Wellesley Twitter” is one such community that was created primarily due to the pandemic. As students were not together on campus, they used Twitter to discuss their classes and virtual events. Students have used the platform to talk about almost anything, from the College’s COVID rules to the dining hall food to poking fun at historically women’s college’s stereotypes. 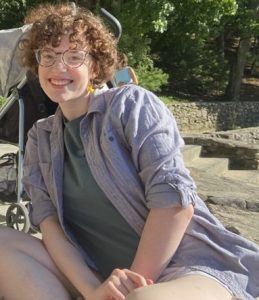 I would say [Wellesley Twitter is] very unofficial … it’s a way to connect with people outside of the context of your res hall or a class or a club. On the whole, the people who sort of frequent Wellesley Twitter … I would say probably skew a little more critical of the College than other students might be. It’s a good place to complain, and it’s a good place to ask the stupid questions that you don’t know where to ask, like, ‘where’s the printer?,’ or, ‘how do I print things?’ Just like logistical things about the College that you don’t get when you’re a remote student which was my experience [during] spring semester.

I was hanging out in someone’s dorm room and there were a few people there, and we all took off our Birkenstocks at the door, and everyone was wearing Birkenstocks … all of them have the same shape, and we put them in a line. I took a picture of it and I put it on Twitter and I was like, ‘this is what going to a historically women’s college is really like.’ I expected some people from Wellesley to like the tweet, but somehow alums started finding it, and then it was getting 500 or 600 likes or something, and I got a response from an alum who was the commencement speaker last year. 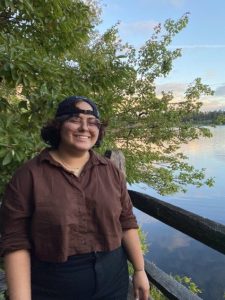 The convocation speech [was my favorite moment] … it was a very good example of how Wellesley Twitter communicates and how they all tend to have similar opinions and it’s nice to find a community that I share the same values with and the same morals. So yeah, my favorite was the convocation speech because we really saw people get together and talk in a way that you can’t really do anymore … you can’t really really gather like that. 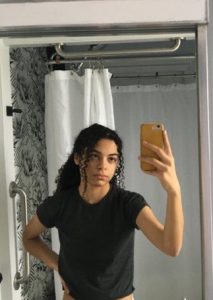 You don’t really join Wellesley Twitter, but I started to follow people who went to Wellesley and I found that it was sort of an interesting, offbeat way to learn about campus life or what people thought about certain events. One thing I especially enjoy is when people live tweet like an email, or like the public health lectures that we had last year. I was always just kind of looking to learn more about campus life, especially during COVID and learn students’ perspectives that weren’t my own or weren’t part of the little bubble that I could only interact with last year.

I think Little Cat [is my favorite], which is more like a series of things … I feel like it kind of started because Abby Martinage tweeted, ‘Can we just get a round of applause for this cat?’ I think that’s where the phenomenon began, and it just really skyrocketed. Every time Eva Knaggs [’23] posts a photo of this cat, it gets like 100 likes and everyone’s like, I love this cat. It’s nice that we have this really small thing to agree about.

Twitter [is my favorite] by far. I think Instagram is something that is really super artificial and curated, even when people do those photo dumps. TikTok melts my brain and I am trying to spend less time on TikTok. I like Twitter because I think I express myself best when I’m writing something down. I like that I can get fun takes on world events but also get things from my little bubble at Wellesley. 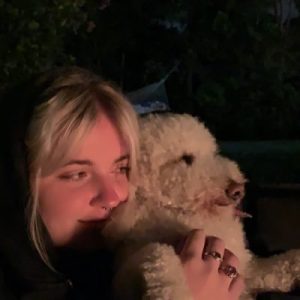 I got back on [Twitter] during quarantine because everyone was talking about Wellesley Twitter and I was like fine! I think the Wellesley Twitter community … so little thought goes into it, and so much comes out of it.

I think in general it’s funny when someone makes a tweet that’s so out of pocket, and people are just all their replies like, should have stayed in the drafts, stop tweeting, you don’t have to tweet this. Those people then either delete it, and apologize and then just never talk about it again. Or they double back on it. It’s nice to keep that in mind, when I see them on campus because I’m like, you really were willing to die on that hill. Also, I think Wellesley Twitter during webinar bash, during any Wellesley event is really, really funny. The Met Gala was also really funny.

I know if I deleted Twitter, and I never went on it again, I would probably be so much happier with my life. But it’s so weird. It’s so addicting. I can’t leave … just now I got a notification from Twitter and I’m like, hey, I’m just gonna scroll through Twitter for a while.