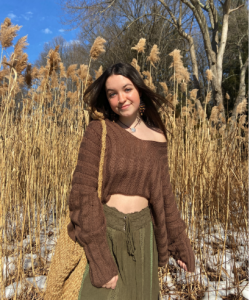 There have been a couple videos that went viral. There were two videos that I made with my sister, random funny ones. Ever since I have done TikTok more intentionally, there was a video with a fall filter that I put on my room because I have a very decorated room. I also did the ‘I am woman’ picture challenge, which is my most crazy successful video that I have done. It got almost three million views. It was also overwhelming. Everyone was very nice in the comments.

People will tell me that I inspire them or that  they enjoy my posts. It’s so weird that people enjoy my content. It’s really cool just knowing that I can brighten someone’s day or make them think about something in a different way. 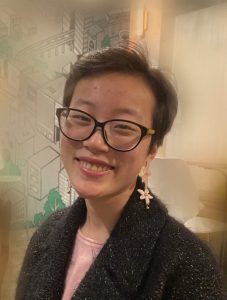 Right now I’m looking to really expand on making more videos about food science and politics. I know before I made a lot of videos about leftist politics and feminism and general life advice, but … I don’t like dealing with so much vitriol and controversy and I don’t want to feel like I’m using and exploiting that controversy and exploiting people’s real issues and problems to get clout. So I really want to start talking about what I’m genuinely interested in and passionate about, even outside of ‘advocacy’ I just love talking about food science and food politics and so that’s what I’m planning on doing after I come back from hiatus.

I really stopped for a long time because I wasn’t getting any joy out of it … like this is becoming a chore, it feels like an obligation. Now I’ve sort of reset my mindset. I’m like, no, I want to talk about what I’m interested in. I don’t want to engage with negative people and hopefully once I start to get some time, I’ll really start to actually take time out of my day for content creation, and maybe pursue something more serious and professional. 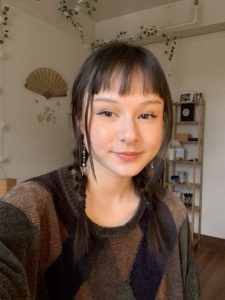 Something that I really enjoy about TikTok is that I can post about things that I’m really passionate about that are kind of random, and people will be like, oh, that’s so cool! So I posted a little bit on my thesis, which is about Cyborgs and Techno-Orientalism. It’s just something that I enjoy talking about 24/7 and to be able to talk to like 300,000 people about it is kind of incredible.

I definitely have a lot of people on Tik Tok who I’m friends with and who I really admire or people who I used to follow on Pinterest or something like that in 2015, and now we’re friends which is wild … I think that that has been the most valuable thing about TikTok, that I get to hang out with all these cool people and by hang out I mean I just comment on their videos. I do do brand sponsorships. I am sponsored by NYX Cosmetics. I would prefer not to, but it’s kind of impossible to make money from the creator fund. I don’t really want to ask my followers for money because they’re probably in the same financial situation that I’m in. 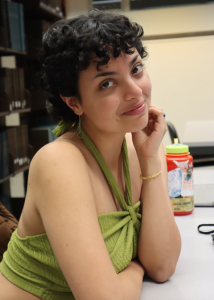 I’d say I go back and forth between considering art a hobby and a vocation, and I guess time will tell me the answer at some point. While I’m at Wellesley I tend to be quite inactive on my art social media, which is something I wish I was better at keeping up with! Lockdown did wonders for my online presence.

I don’t think I have a niche, really, or at least I associate that word with a certain level of quirkiness and/or specificity that I simply don’t think I possess. I think I obviously have a certain audience, and that is one that is interested in art, because what I post is art.

I don’t love much of the art I share on my social media accounts (there’s stuff I don’t share that I like more), and I’m constantly grappling with the internal dissonance between what I want to create and what gets attention.