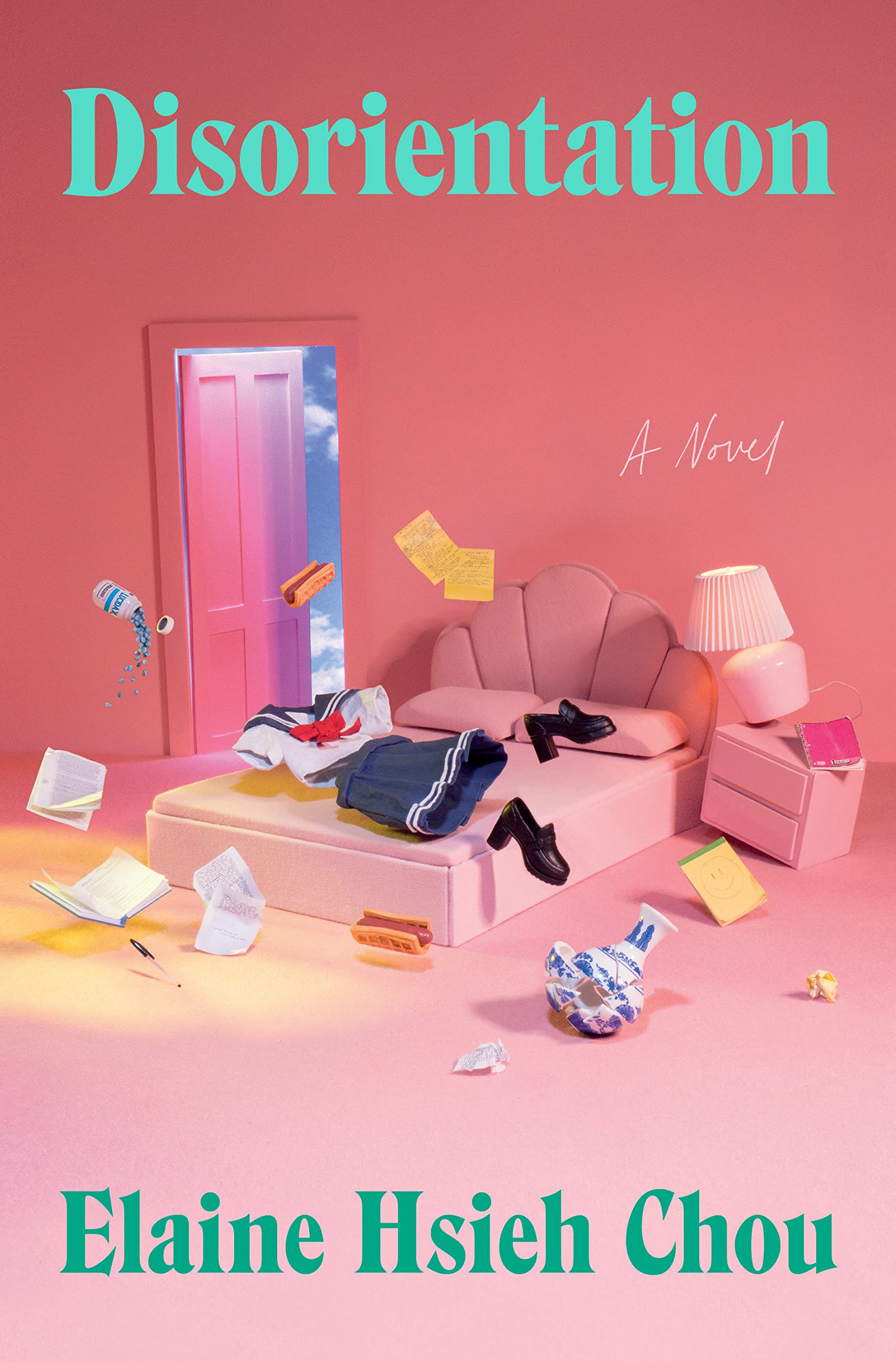 Cover of “Disorientation” by Elaine Hsieh Chou. Image courtesy of the publisher.

After reading “The Love Hypothesis” and “A Brush with Love,” I admit I might have begun to romanticize grad school a little bit. I feel like I kind of have to, seeing as I plan on going in the future, but Elaine Hsieh Chou’s “Disorientation” was a scathing reminder that academia is not all fun romantic adventures.

As a Ph.D. student in her final year, Ingrid Yang just wants to get through her grueling dissertation on Xiao-Wen Chou, a Chinese American poet. Once this is all over, she’ll never have to read “Chinese-y” things again. And then Ingrid discovers a peculiar note in the archives, and she’s taken down a rabbit hole of discoveries that threaten everything she’s known about Chou, about herself and about her university’s East Asian Studies department.

I want to make it clear that “Disorientation” is a satire. Going into the book, if you don’t read it with that knowledge, you may feel very confused and very betrayed by what is going on. Ingrid is a painfully clueless heroine, unaware of both the microaggressions and the blatant racism that happens around her, unable to see past the surface level of anything.

(That’s what this book is really about, by the way — the twenty-first century East Asian experience.)

Ingrid scoffs at other Asian women trying to make a difference in the academic world and constantly seeks the approval of white men. She is a caricature of a person. But that’s the point. Through Ingrid’s unknowing eyes, we’re able to truly grasp the magnitude of her situation on our own as readers, as the people around her are just as much the product of the society we live in that values East Asians when desirable and pushes them aside when not.

Ingrid doesn’t recognize any of these people’s true qualities at the start of her story. She’s mostly just annoyed by her leftist activist nemesis with a superiority complex, barely listening to a word she says. She’s dutifully attached to her fiancé with an Asian fetish. She treats her asshole of an advisor with far too much respect and trust. She goes about her life, doing what she’s told, and when she starts to find out things and her worldview begins to shift, she tries to deny it all, suppressing it with a concerningly addictive, possibly hallucinogenic over-the-counter allergy medicine.

Ingrid’s growth as a character comes slowly, so much so that by the end, you might wonder how on earth she managed to get there with the amount of denial that she experiences in the first half of the novel. I was yelling at her in my head for so long, and yet I couldn’t stop reading. Because I wanted her to learn — I needed her to learn — that anti-Asian racism is real and that it affects her.

Elaine Hsieh Chou’s debut is a smart, witty, infuriatingly frustrating work, one that I’m sure to be dwelling on for a while. This novel is perfect for any East Asian who feels like academia is going to swallow them alive.

“Disorientation” comes out on March 22, 2022. A million thanks to the publisher, Penguin Press, for the early review copy.