Looking for a tantalizing summer experience? Well, look no further than the Snooze! In case you missed them, here are the Snooze’s picks for the Best Tanners of this year.

Willow Wellesley: “My Summer at JP Licks (tenstein Bank) — I Lived in NYC for Three Months and All I Got Was An Inflated Sense of Self”

After a fulfilling summer of 20-hour work weeks as part of the highest income bracket, Willow Wellesley had just enough money to buy a punch pass at the bookstore. “Finance is my passion; Excel spreadsheets really turn me on,” Willow said. Willow will return to JP Licks (tenstein Bank) this summer after graduation as per her return offer. “The Finance World needs more burgeoning young womxn. #PUSSYPOWER #FinanceHoesB4Bros.”

Wendy Wellesley: “An Exploration of Gender and the Vagina — How I Kept My Summer Hot and Wet” 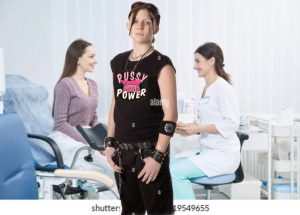 She’s the one in (dis)charge. Graphic courtesy of Rebecca Birnbach

A summer filled with chlamydia, yeast infections, bacterial vaginosis and more, Wendy Wellesley spent her summer shadowing gynecologists from all across the state of West Idaho as a part of Wellesley’s Wellesley in Idaho Summer Hive Internship Program (WISHIP). Her summer culminated with a 100-page paper on how vaginas both empower our minds and imprison our souls. “Vaginas are the windows to the soul, and the exits of our discharge,” Wendy stated in her Tanner. 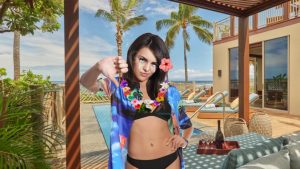 Although I was practically dragged along for my family’s yearly Hawaii vacation, I decided to use my time to reflect upon a deeply troubling issue: colonization. With every ice-cold piña colada, sunset walk on the sandy private beach, and conversation with the hotel masseuse I struck up an unlikely friendship with, it was impossible to deny: I, Wanda Wellesley, was complicit. Use code WANDA20 for 20% off your first night at the Honolulu Hilton! Terms and conditions may apply.

Wallace Wellesley: “How to be an Entrepreneur: My Summer Startup: the Lemoñade Stand”

Wallace Wellesley’s summer got off to a rocky start. After 369 rejection letters from finance, tech, consulting, law, journalism, education, Camp Rock, communications and their girlfriend of  two months, Wallace decided to take their summer into their own hands. With those hands, they squeezed out 700,000 barrels of bittersweet lemoñade. Although they spent $8,000 (USD) on supplies (including the Squeezy2000TM), and only returned a profit of $70.47, Wallace learned a valuable lesson: “Failure hurts less when it’s only your parents’ money.” 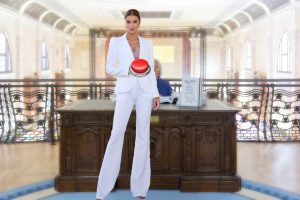 When the military drone dropped off my invitation to the 150th Annual Female War Criminals Political Summit last spring, I had no idea what to expect. I was shocked! How did I, a junior at Wellesley College double majoring in Economics and Political Science, get lucky enough to be among the ranks of the greatest Female War Criminals the world has ever known? I arrived at the venue (totally classified, but it rhymes with The Shmentagon) and was immediately confronted with all of my idols. Some highlights of my summer included learning the nuke codes, buying a crisp white pantsuit at Ann Taylor and eating Margaret Thatcher-themed cookies (or should I say biscuits)!