As the first week of October is upon us, we can finally celebrate Halloween in confidence. A fan favorite for (almost) every person, October is a month for feeling spooky, cozy and witchy. And the best part is, arguably, the movie marathons. Even if you hate scary movies, you will be watching at least one Halloween flick this season.

Don’t know where to start? You have come to the right place. 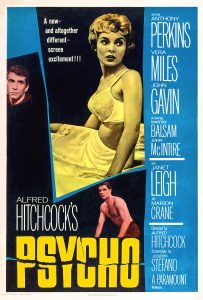 Pre-1968: Psycho (1960), The Cabinet of Dr. Caligari (1920), Creature from the Black Lagoon (1954), The Birds (1963), Frankenstein (1931), Invasion of the Body Snatchers (1956), Nosferatu (1922)
Horror movies first got traction in the 1920s with German Expressionism, a distinguishable style of painted backdrops and explicit geometry. Following this, 1930s Hollywood created the famous monsters on film: Dracula, Frankenstein, The Mummy and The Invisible Man. The 40s continued the Universal Classic Monster series, as well as beginning to create low budget, B-horror cinema. After the creature feature and sci-fi horror of the 50s, we are introduced to Hitchcock, who will forever change the face of horror as the “Master of Suspense.” He invented the slasher film genre with the release of “Psycho.” 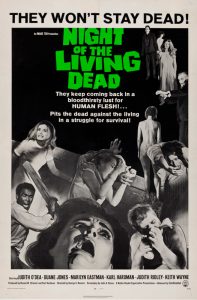 ‘68, ‘69 & 70s: Night of the Living Dead (1968), Rosemary’s Baby (1968), Carrie (1976), The Exorcist (1976), The Texas Chainsaw Massacre (1974), The Hills Have Eyes (1977), The Rocky Horror Picture Show (1975), Young Frankenstein (1974), Alien (1979), Halloween (1978)
In the 1970s, a new genre of horror was introduced. This was in part due to the introduction of the MPAA film rating system, which officially took effect on Nov. 1 1968. This replaced the Hays Code, which had been in place since 1930 and kept any films screened from showing nudity, violence, lustful kissing and almost everything else a good horror movie encompasses. After this revelation, the first two explosions of horror were “Night of the Living Dead” and “Rosemary’s Baby,” followed by an explosion of slasher-horror in the 70s as horror transitioned from classic into modern. The beginning of Stephen King-inspired flicks started with “Carrie” in 1976, which put his stories to film for the first time. 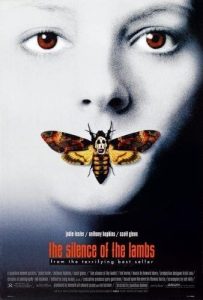 90s: Candyman (1992), The Blair Witch Project (1999), Silence of the Lambs (1991), Misery (1990), The Sixth Sense (1999), The Nightmare Before Christmas (1993), Hocus Pocus (1993), Halloweentown (1998)
The dawn of the 90s saw sequels of the past slasher films, but also introduced the much more narrative-based horror flick, centering around the “psychotic” in “Silence of the Lambs” and “Misery.” And, perhaps one of the best horror films of all time, “Candyman” creates a metafictional narrative and upholding the Bloody-Mary legend. Plus, Jordan Peele (director of 2017’s “Get Out” and 2019’s “Us”) plans to recreate it, releasing next year. Most of us might also be familiar with the Disney films like “Hocus Pocus” and “Halloweentown,” which make for a nostalgic throwback while providing a more settling Halloween experience without the jump scares. And, lastly, who could forget the classic plot twists that M. Night Shyamalan brings in his horror-inspired thrillers, including the well-known “The Sixth Sense.” 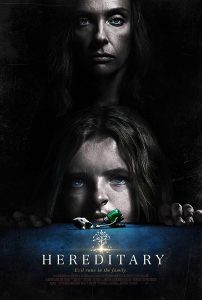 Courtesy of A24, Dir. Aster

2000s and on: Get Out (2017), Us (2019), A Quiet Place (2018), The Witch (2015), Hush (2016), Raw (2016), Midsommar (2019), Parasite (2019), Hereditary (2018), Train to Busan (2016), The Lighthouse (2019), The Invisible Man (2020), Cam (2018), Jennifer’s Body (2009), Saw (2004), Resident Evil (2002), Scary Movie (2000)
The 2000s introduced the franchise of parodied horror with the “Scary Movie” series and the continuation of “Scream.” At the same time, popular video game series began to be adapted into films such as “Resident Evil.” Films also began to move away from gore and tried to scare with more psychological aspects, especially given the desensitization of audiences today. Horror has also taken on a new medium through televised series such as “Bates Motel,” inspired by Hitchcock’s “Psycho.” There are also, of course, the badly scripted torture-porn series that bank in on big gory scenes, including the “Saw” franchise.
In the most recent horror films, however, the pattern of psychological horror has made a resurgence. There has been an increase of allegorical thrillers, such as Peele’s “Get Out” and “Us,” which address modern racism and social class. Aster’s “Midsommer” and “Hereditary” – the latter being literally the scariest movie I have ever seen – create tragedy among families. In even newer productions, such as Bong Joon-ho’s “Parasite,” erupts the creation of parallel genres, encompassing a comedy film for the first half and a thriller for the remaining. Although so many horror films are considered bad due to their poor scripts and botched editing, there is still a large audience no matter the quality, which makes horror the most lucrative genre for independent films.